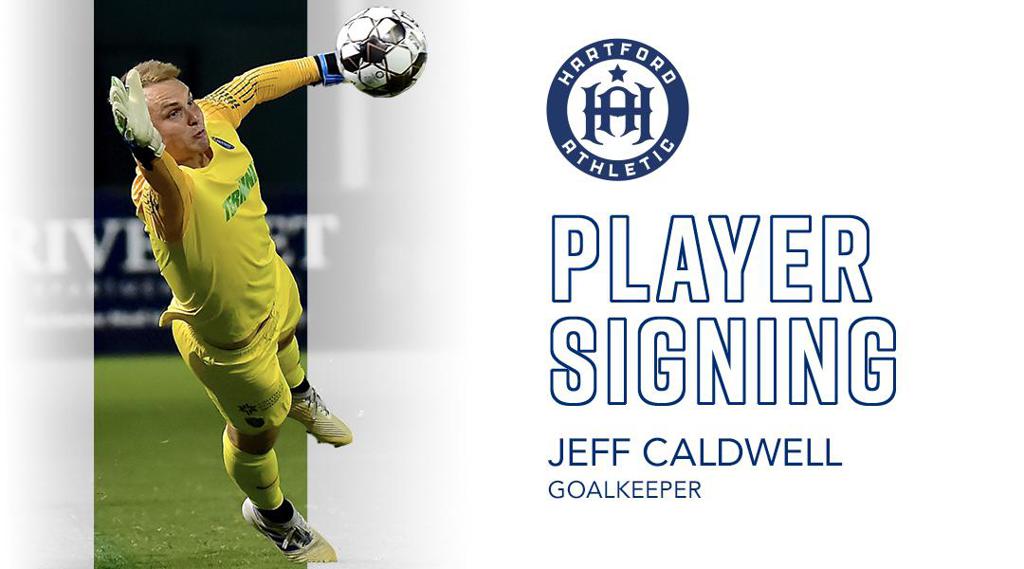 Caldwell comes to Hartford after a year with the New England Revolution of the MLS. He played the 2019 season with Memphis 901 FC while on loan from NYCFC. He made 28 appearances for Memphis with 6 clean sheets and a 1.5 GAA over 2,520 minutes played. He stood in goal in the second home game in Hartford Athletic history, a 2-1 win for visiting Memphis on May 10 at Pratt and Whitney Stadium at Rentschler Field. He was drafted by NYCFC in the first round of the 2018 MLS Super Draft out of the University of Virginia where he earned All-ACC honors in back-to-back seasons.

On the international stage, Caldwell earned one cap with the United States Under-20 Men's National Team in 2015, and also featured for the U-17 and U-18 national teams. He was a member of the United States’ 2013 Concacaf U-17 Championship squad, and was also named to roster for the 2015 FIFA U-20 World Cup, but did not see game action.