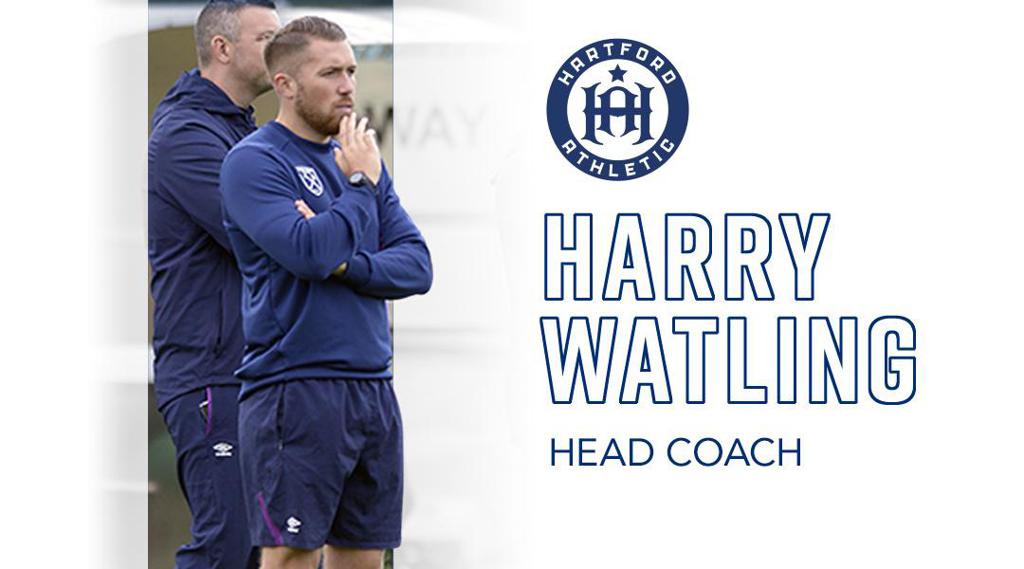 Watling is UEFA A and B licensed, earning his B license at age 18 and A license at 26, one of the youngest coaches in England to have such licenses. Prior to his time at West Ham, Watling spent four years working in the Academy system at Millwall FC. He also spent five years at Chelsea FC where he worked under managers such as Jose Mourinho and Carlo Ancelotti. During his career he has coached players such as Declan Rice, Jack Wilshere, Callum Hudson Odoi, and many others.

“I am honored and excited to be named the next Head Coach at Hartford Athletic,” Watling said. “This is an incredible opportunity for me to continue to grow as a Coach, but also to build on the success and culture that has been established here in Hartford. The Club reached new heights last year and I am determined to take us even higher. The season can’t start soon enough.”

Watling succeeds Radhi Jaïdi and becomes the third Head Coach in Hartford Athletic history. Jaïdi, on secondment from the Premier League’s Southampton FC, led Hartford to an 11-3-2 record in a pandemic shortened 2020 season. The Club earned 35 points, second most in the Eastern Conference, and finished at the top of Group F.

“Harry Watling is a perfect fit for our organization and we are thrilled he will be leading us this season,” said Chairman Bruce Mandell. “Harry emerged from a very deep and impressive group of candidates and is among the most highly regarded young coaches in England. He has learned from some of the best soccer minds in the world and has shown a strong ability to develop and maximize talent. We cannot wait to see Harry on the sidelines in Hartford, leading us back to the playoffs in 2021.”

"I have known Harry for over 10 years. In this time, I have seen his huge passion for football progress from playing to his current role as a fine young coach,” said Michael Beale, First Team Coach of Scottish Premiership side Rangers FC. “I firmly believe that Harry is one of the best youth developers in the country and demonstrates this during his day-to-day work with a fantastic energy and enthusiasm for the game on and off the pitch.”

Hartford Athletic has already signed nine players for the 2021 season, six of whom return from the 2020 roster. More announcements will be made in the coming weeks regarding additional player signings. For information on Season Tickets and Group Experiences, please visit hartfordathletic.com/tickets.  And don't miss out on the virtual Fan Forum with Coach Watling on January 21st. Sign up at the link below.

Register For Virtual Q&A With Coach