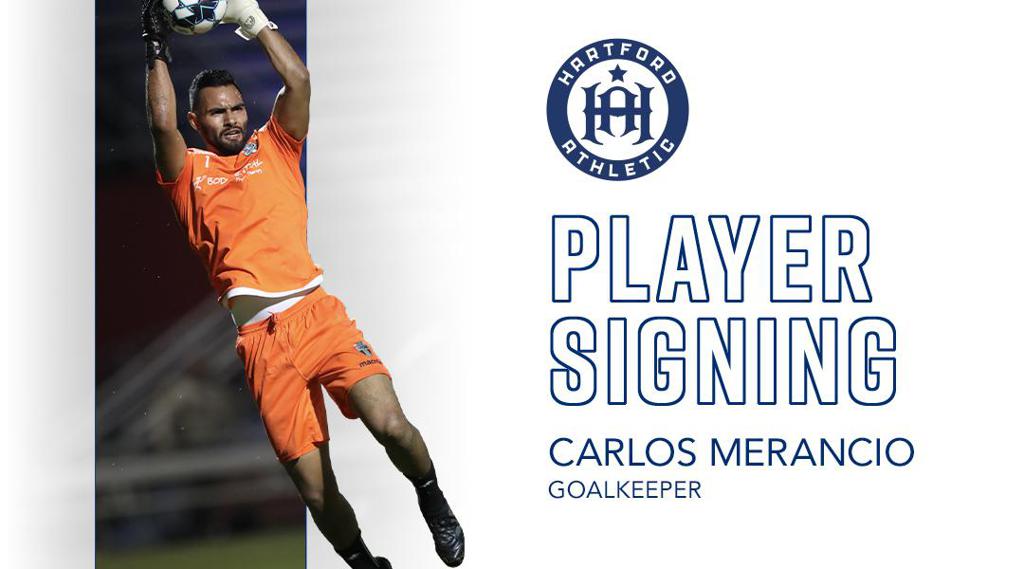 Goalkeeper Carlos Merancio has signed with Hartford Athletic, pending league and federation approval. He becomes the ninth player and first goalkeeper signed for the 2021 season.

Merancio played for FC Tucson of USL League One for the past two seasons. During the pandemic shortened 2020 season, he started 9 games in goal, recorded 25 saves and 2 clean sheets. He recorded seven saves and his first clean sheet of the season in a 1-0 victory over Tormenta FC on October 7th .

Merancio is the second player Hartford has acquired from the USL League One ranks. Defender Kevin Politz was acquired from Greenville Triumph SC before the 2020 season and appeared in 15 of 17 matches for Hartford.