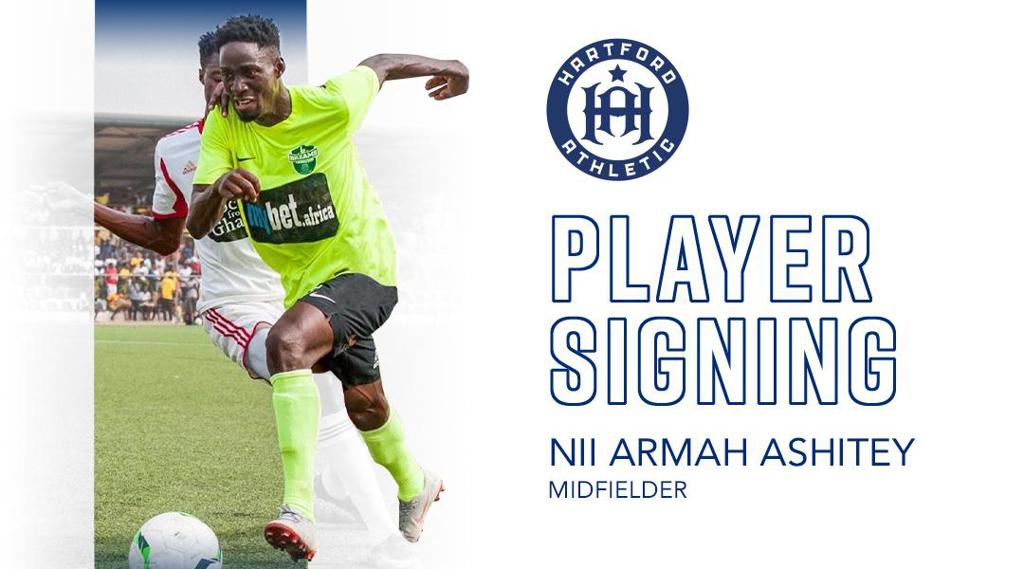 The 20-year-old comes to Hartford from Dreams FC of the Ghana Premier League. Ashitey’s professional career started at age 15 where he played for Still Believe FC of the Ghanaian Second Division. After spending a year with Crystal Palace Ghana, he joined Dreams FC in 2019 and was sent on loan to Berekum Chelsea to play in the Viareggio U20 Cup. In matches against Athletico Paranese (Brazil) and Spezia (Italy) he was named Man of the Match.