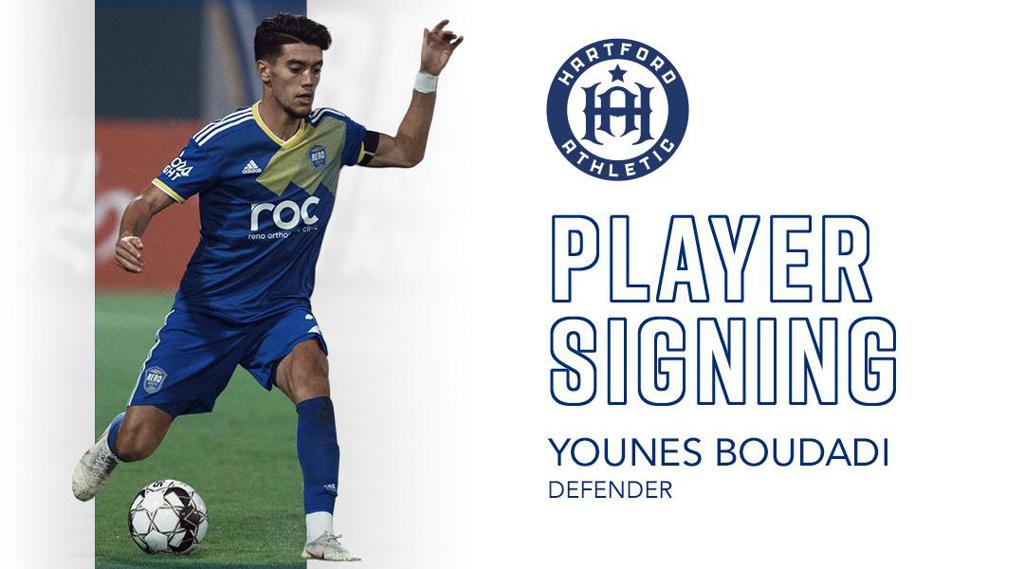 Hartford Athletic announced the signing of defender Younes Boudadi pending league and federation approval. He is the club’s first new player signing for 2021.

Boudadi joins Hartford after spending the 2020 season with Reno 1868 FC, formerly of the USL Championship’s Western Conference. He played seven matches, starting two. He won 24 of his 27 duels, including a perfect 5 of 5 on aerial duels.

Prior to joining Reno, Boudadi played collegiately at Creighton and Boston College. As a Sophomore at BC, he led the team in assists. He later transferred to Creighton and was named to the All-Big East Second Team in his Senior season. He was drafted by LAFC in the fourth round of the MLS SuperDraft in 2020 but did not sign with the club. Boudadi holds Belgian and Moroccan citizenship, but his international experience has been solely with Morocco. He earned 11 caps with the U17 and U20 squads, including four matches in the 2013 U-17 World Cup where he helped Morocco reach the Round of 16.

The Club has already announced Forward Alfonso Vazquez, Midfielders Danny Barrera, Conor McGlynn, Arthur Rogers, and Gabriel Torres, and Defender Alex Lara are all returning for the 2021 season. More returning and new player announcements will be announced in the coming weeks.