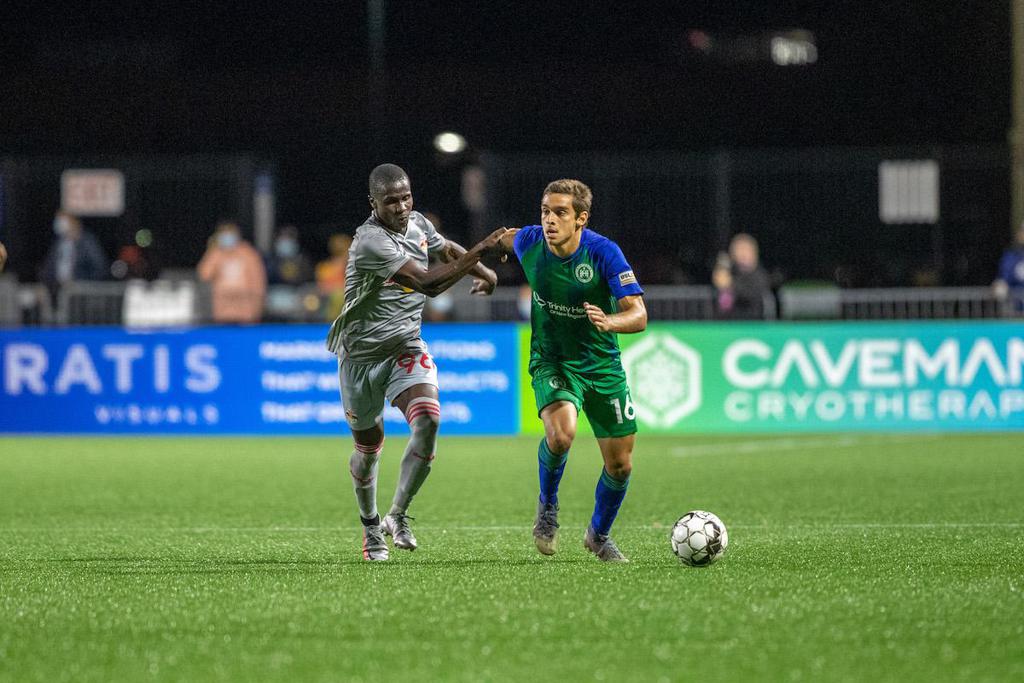 Youth was a central theme for Hartford Athletic during the 2020 season, as the Connecticut-based club made the USL Championship Playoffs for the first time in its short history.

That approach is expected to carry into 2021, the club’s third season in the second tier of American professional soccer.

“We want players who are committed to developing and want to get to the next level – they actually can verbalize that and commit to that,” co-owner and chairman Bruce Mandell said last week. “It’s players with an aggressive mentality where they’re going to give 100 percent. That lends itself to youth in many instances, and that’s around 23 or 24 and under. So when we’re all said and done, I think it’ll be a very young team again.”

Luiz Silva, Director of Scouting and Performance Analysis for Hartford Athletic, said they’re aiming to be a U-24 team. They’re focused on developing players who progress onto higher-tier teams, whether that’s domestically or internationally.

“We want the players to eventually leave because we’re moving them up to the next level,” Silva said. “It’s not that we’re not satisfying them, but since we’re building a young roster you’d expect for the players to grow and develop. We’re excited about the young players we’re bringing in, their potential.”

From the 2020 team, Mandell said he expects between a third and half to come back in 2021. That’s already surfaced with left wingback Gabriel Torres, center back Alex Lara and central midfielders Connor McGlynn and Arthur Rogers all returning – a quartet that’s 24 or younger.

Other signings are expected to be revealed in the coming weeks, with Hartford Athletic also banking on some veteran leadership. Club captain Danny Barrera is returning for 2021, with the No. 10 providing balance alongside their youth.

“The more experienced players, they support the development of others and the performance of the team,” Silva said of the 30-year-old Barrera. “We know with their presence that we have a better chance to achieve our goals and drive further as a club.”

As Silva and other members of the technical department shape the team, they’re aiming for depth at all positions. That often translates into a starter and younger prospect, with competition for places fueling on-field results.

That approach could translate into outgoing transfers, an aspect of the global market that Mandell wants Hartford Athletic to become a greater participant in. It comes with financial benefits, but also the ability for fans to track departed players.

“We want to be a selling team,” Mandell said. “We want to be a team that develops players – also managers – and then sells them on. That’s the model for many teams around the world, it’s a growing model in the United States for our level that’s at the infancy, but it’s there and it’s important. We’re trying to build something.”

As Hartford Athletic’s 2021 roster build unfolds, the head-coach search is another key area to track. The club is down to a few candidates, and expects the domestic/international pool to result in a new hire that starts in Hartford by mid-February.

Whoever takes the reins, Silva said it’s important that Hartford Athletic has an identity and foundation that extends beyond any coach. The coach impacts the starting XI and can suggest players, but there are limits as well.

“The coach has an important role, but it’s important to understand that the club is bigger than the coach,” Silva said. “We have a very specific player philosophy, a style of play where the coach comes in and gives their ideas, their details. We provide the main options we have – the coach might bring other options – but at the end of day the core is there.”

The end result, Mandell hopes, is Hartford Athletic reaching greater heights in 2021. During a COVID-altered season, the club lost in the opening round of the playoffs and completed a remarkable turnaround after struggling as an expansion club in 2019.

As Hartford Athletic grows and evolves, they have a vision of what games at Dillon Stadium become known for. Each player, new and returning, is guided by the outlook.

“We want committed, aggressive players,” Mandell said. “That has to be the absolute given and they have to have the vulnerability and openness to take our direction and learn. But when you watch Hartford, we’re maybe not attacking and pressing every game like Liverpool, but they’re focused and switched on for 90-plus minutes and the fans can walk away proud.

“Just like our Saint Louis playoff game, win or lose, they walk away going, ‘Damn those guys gave everything that they had. They’re pros, they work hard, they play to win and the fans deserve that.’ Guys can make mistakes – they’re learning and growing out there – but if they don’t have that hard work, that commitment for the whole game, then they can’t be in Hartford.”