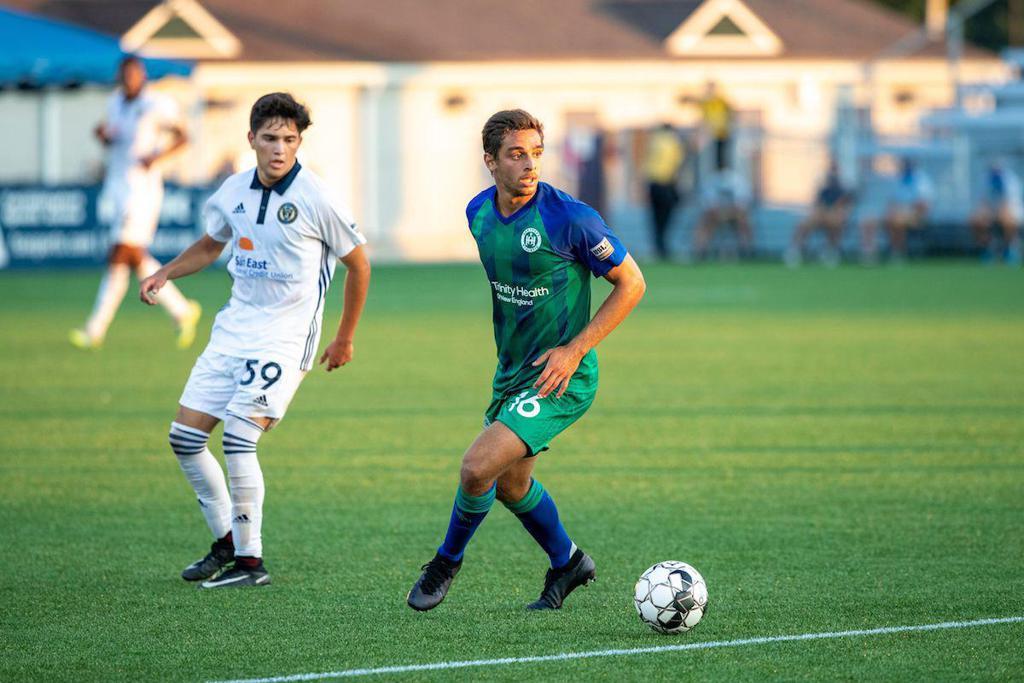 Barrera moved his name to the top of the Club's All-Time Assists charts with 3 assists, one against Loudoun and two against Philadelphia. Barrera now has 7 career assists with the Club, 3 clear of second place.  He played 154 minutes over the two matches.

Torres did not play in the season's first match against New York Red Bulls II, but Head Coach Radhi Jaïdi is going to have a hard time keeping him out of the lineup after the way he played this past week. Torres, playing on the left wing, scored the opener against Philadelphia, assisted on the opener against Loudoun, and created 6 chances in both matches. Torres played the full 90 in both matches.

The Boys in Green are back at it on Wednesday night against Indy Eleven in a matchup of two top of the table teams. You can read a full preview here.

M – Danny Barrera, Hartford Athletic: Barrera recorded three assists and five key passes overall to lead the Athletic to a pair of victories against Loudoun United FC and the Philadelphia Union II, continuing their perfect start to the 2020 season.

M – Deri Corfe, New York Red Bulls II: Corfe scored two goals and one assist, including a stoppage-time winner from the penalty spot on Sunday against Pittsburgh Riverhounds SC as New York swept to a pair of victories.

M – Cristian Parano, San Antonio FC: Parano notched the assist on SAFC’s game-winner, completed 33 of 39 passes overall and made four key passes to lead his side in a 1-0 victory against Rio Grande Valley FC.

M – Gabriel Torres, Hartford Athletic: Torres played an important role in both of Hartford’s wins over the week, recording a goal, an assist and six key passes as the Athletic remained perfect through three games.

F – Devon Sandoval, New Mexico United: Sandoval recorded a goal and assist, and won 7 of 12 duels as United took a 2-1 victory on the road against El Paso Locomotive FC to move to the top of Group C.