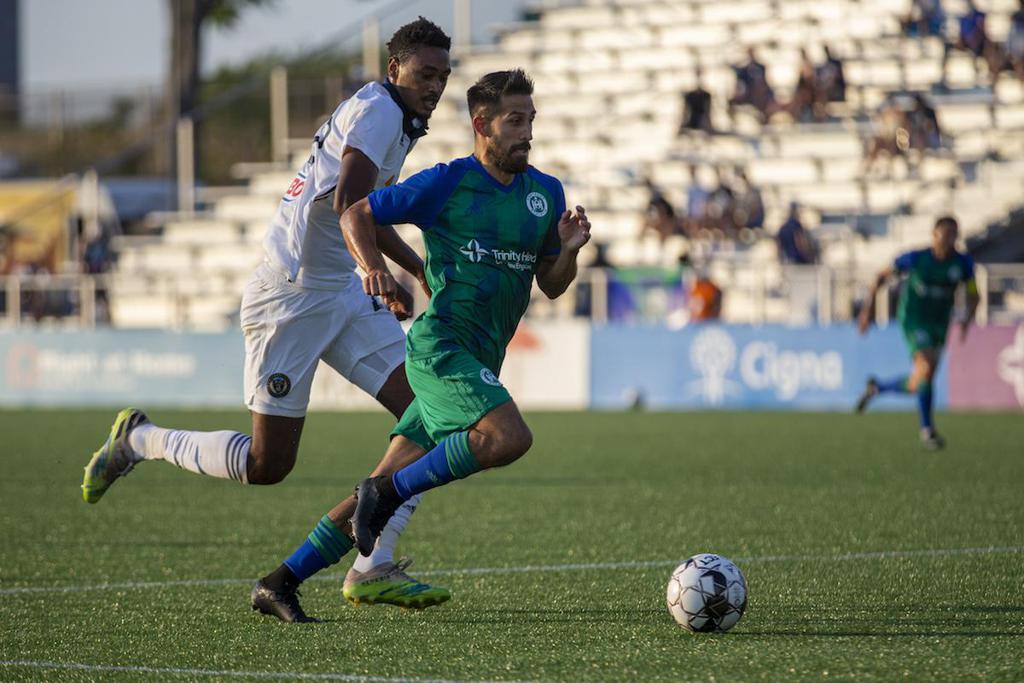 Hartford got off on the wrong foot, but ended the game on the right one as they took down Philadelphia Union ll, three goals to two!

A nervy start for Hartford saw Athletic go two goals down in the first fifteen minutes. Philadelphia capitalized on a misplaced pass from Matheus Silva, Scintu tucked it in under the diving Parfait Mandanda which put the away side in front. Philadelphia continued to press Athletic and not long after they made them pay. Another error in the back saw Flores go past Kevin Poltiz and his cross met the foot of Picazo to make it two nothing.

Hartford were urged on by the beat of the Raza Brava drum in the supporters section. Captain Danny Barrera, was the one moving to the beat, his through ball passses were making it hard for the defenders to deal with the speed of Rogers and Tores on the wings. In the 39th minute Barrera found that killer pass, which Gabriel Torres took down brilitanly and rifled it into the roof of the net to make it two to one.

Not long after in the 44th minute, Mads Jørgensen found himself in a familiar position, on the edge of the box. The ball rolled out and the Dane unleashed a bullet that went through the hands of the Union keeper to tie the game right before the break!

After being substituted at halftime on Monday, Ever Guzmán stayed on the field for the second half. This proved to be the right decision in the 53rd minute as Barrera put Cheno in on a run in behind. Guzmán was up to the task and slotted it near post past the keeper to put Hartford in front!

Athletic had to hold on for thirty minutes after the go ahead goal. Philadelphia had some half chances, but what stole the show was Hartford’s second half substitutions. Danny Barrera received a well deserved ovation after his man of the match performance. The Athletic player who replaced Barrera received an even bigger ovation, 18 year old Windham High graduate Alfonso Vasquez came on to make his professional debut in the 88th minute. Hartford hung on to win three to two after a nervy start to the game!

Hartford win three games in eight days to improve to 3-0 on the season. Next up Athletic travel to Indianapolis to take on Indy Eleven!