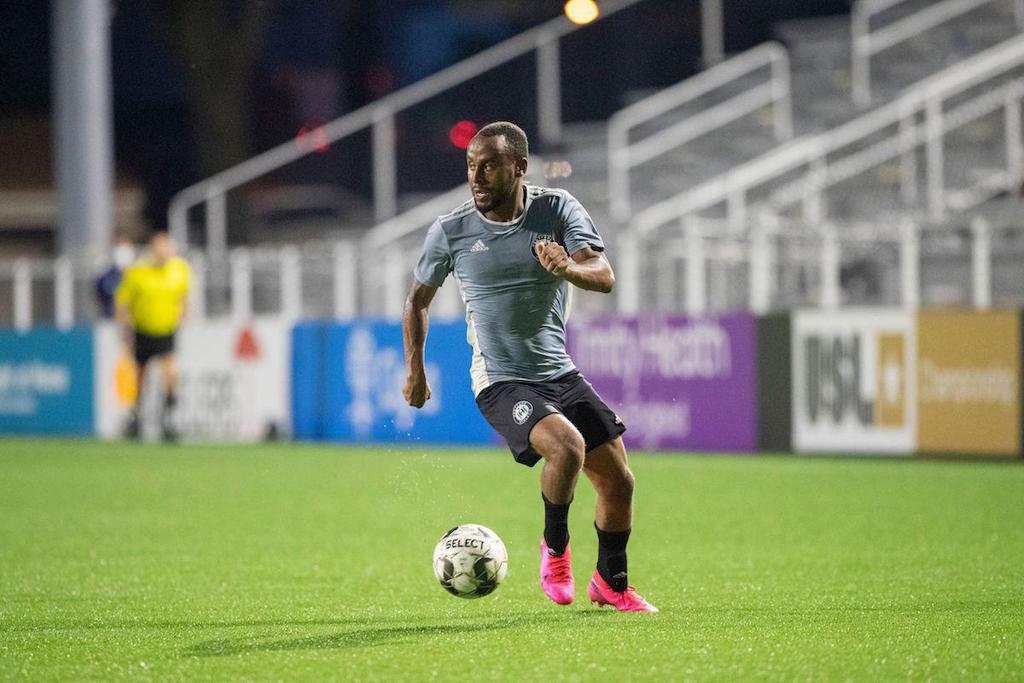 This edition of 20 Questions is brought to you by our partners at Brignole Vineyards!

Welcome back to 20 Questions: the series where we help you better get to know the players on this year's squad. For previous interviews in this series, we went behind the scenes with Matheus Silva, Nicky Downs, Conor McGlynn, Arthur Rogers,  Danny Barrera, Mads Jørgensen, Alex Davey, Noah Paravicini, Aiden Mesias, Mac Steeves, Kevin Politz, Gabriel Torres, Cheno, Harry Swartz and Alex Dixon. This week, we caught up with Tyreke Johnson, who joined Hartford on loan from Southampton FC. Enjoy!

1) Let's start with your football journey pre-Hartford. How did you get to Southampton?

2) What kind of pressure did you feel being in an academy at 8 years old?

TJ: When you’re younger you don’t really think much of it, you’re just trying to have fun. It’s really cool, you’re young and you’re playing against the Arsenals, the Chelseas, etc. Of course it’s a lot for your parents, my dad would take me two hours up the road on the weekend even when I was young. I think you feel the pressure more now because of the work you have to do.

3) What was one of your most challenging moments before you arrived at Southampton?

TJ: Being released at Watford was challenging. But I was young. Going into that environment so young, you don’t really want to leave it, and I really enjoyed being in that type of environment.

4) Southampton gave you your first taste of Premier League action in December of 2018. What was that moment like for you?

TJ: That was a real special moment for me. I think back to being young, dreaming of a moment like that. To play against a team like Arsenal that has had such success in the Premier League, it was really special. I just want to keep working to get back there some day.

5) What is your favorite animal?

6) Do you have a favorite kind of fish?

TJ: Goldfish, I had a pet goldfish when I was really young. I don’t remember what I called him to be honest though (laughs).

7) What were your thoughts when you were approached about coming to play for Hartford?

TJ: I was aware that Coach Jaïdi came to the club, so I thought that it would be a good experience for me to come here and play, especially under the guidance of Coach because I know the way he wants to play. It was a tough decision to make, but I felt like this was the right decision for me at this time in my career, and I feel like this is going to help me moving forward.

8) How would you describe your relationship with Coach prior to being in Hartford?

TJ: I knew him for a few years, so we’ve got a good relationship off the field. On the pitch, I know what he wants from players so I think that helps as well because I can give that information to the other boys.

TJ: I feel like there’s changes in things he does, but I think it’s just because now he has more freedom. At Southampton, sometimes there’s lines you have to follow and now I think he can have more freedom in what he wants to do and things he can try.

10) What actor would you pick to play you in a movie about your life?

11) Do you have a favorite Idris Elba film or show?

TJ: I like Luther. It’s a BBC show so people here might not be that familiar with it.

TJ: I haven't but I hear it's very good. I'll have to give it a watch.

13) What are your top three favorite movies of all time?

TJ: Cool Runnings, I like The Incredibles, and Training Day would by my third.

14) What are your career goals in football?

TJ: I want to reach the highest level I can, whether that be here in the States in the MLS, or back in England playing back in a high level like the Premier League or the Championship.

15) What do you feel that you need to do to achieve those goals?

TJ: I feel like I just need to get some regular games in me and just keep working hard really.

TJ: I prefer Ronaldo, but I know Messi’s better. I just like Ronaldo better, how he came up and he’s a hard worker.

17) What do you think is the biggest difference between America and England?

TJ: The size of the country, I mean it’s just massive isn’t it? From a football perspective, I’d say the fans are a lot different here. It seems like when you lose, they’re still really supportive of you, that regardless of score, they still really love you over here.

18) What was your parents reaction when they found out you were coming over here to play?

TJ: They were excited. Of course my mom was like, “Oh no, you’re not going away! I’m gonna miss you!” but it’s an exciting new challenge. I’ve been injured since the start of last season so I just wanted to play and I thought it would be a good idea to come out here with Coach. I think it will also help me progress as a person, taking me a bit out of my comfort zone, I’ve never played in another country before, so this is big for me.

19) Would you describe what it's like to go out on loan after coming up through an academy or through a U-23 set up?

TJ: More than anything, going out on loan is just a fun experience, playing in front of fans and things like that. Sometimes when you’re playing with the U-23s, which is the second team, obviously everyone is interested in the first team, so when you go out on loan to a first team, you’re the main event.

20) Would you say that's a valuable experience for you going on loan, or do you think it's better to stay within that unit that you have at Southampton?

TJ: You could argue both things, but I feel like I need to go out on loan and experience different things. On the other hand, you never know when your time is gonna come if you stay in Southampton. Players might get injured and it gives you a chance, but to me, my best option is to just go on and get some experience.

Read More in this Series