Athletic Down Revolution II in Preseason Tune Up 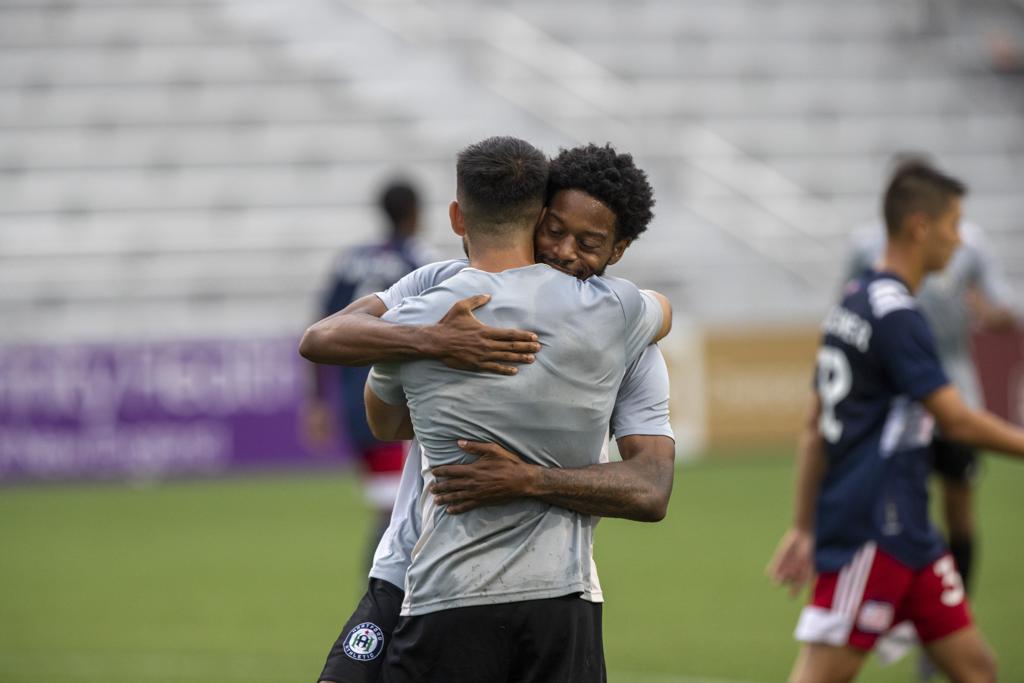 Hartford Athletic took the pitch for one final friendly match before next Friday's season opening match. The Boys in Green (or Grey for tonight) used two second half goals to cruise to a 3-1 victory over New England Revolution II, their second victory over Revolution II in the preseason.

Ever 'Cheno' Guzmán picked up right where he left off, scoring the first goal of the evening, sliding to finish off a beautiful ball from Alex Dixon for the opening goal. The last time Revolution II came to Hartford, Cheno scored four goals in the first half en route to a 5-0 victory. Hartford took that 1-0 lead into halftime.

There was plenty of action in the second half. Hartford swapped in a brand new 11-man unit in the second half. Danny Barrera had a great chance for Athletic, curling a ball towards the top corner, but the Revolution II keeper made an incredible leaping save to keep the score 1-0. Moments later, Revolution answered with a goal of their own to level the match.

From that point on, the Hartford midfield dominated. Southampton loanee Tyreke Johnson fed a ball in to Dre Deas who jumped in the air to finish the bouncing ball and take back the lead. In the final minutes of the match, second year midfielder Mads Jørgensen collected a loose ball at the top of the box, found a lane, and fired a ball past the keeper for the third goal for the Green and Blue.

Hartford Athletic will kick off the 2020 season on Friday night, July 17th, on the road against New York Red Bulls II at 7 PM. The game can be seen locally on MyTV9 or streamed on wtnh.com or ESPN+.