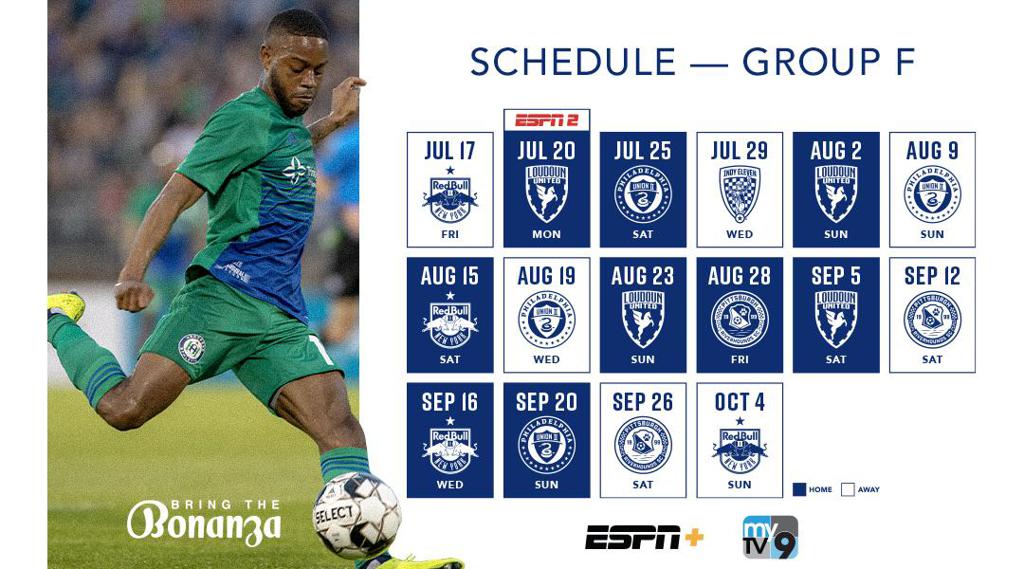 You’ve waited long enough! The 2020 schedule is finally here! Hartford Athletic will play 16 matches during the USL Championship season, 9 of which will be played at Dillon Stadium. As a member of Group F, Hartford Athletic will compete against Loudoun United FC, New York Red Bulls II, Philadelphia Union II, and 2019 Eastern Conference Champion Pittsburgh Riverhounds SC. The Boys in Green will open the season on the road against New York Red Bulls II on Friday, July 17th, with the home opener against Loudoun United FC just 3 days later, July 20th, which will be broadcast nationwide on ESPN2. Athletic will also play one crossover game, traveling to Lucas Oil Stadium to take on Indy Eleven of Group E on July 29th.

“We are very excited to start our season,” said Hartford Athletic Head Coach Radhi Jaïdi. "We've dealt with many challenges on and off the field and I am proud of our Club for handling everything so positively. Our players and staff have been intensely focused over the past few weeks and have worked hard to make sure they will be at their best for our first match. I am incredibly optimistic about this season.”

With the exception of July 20th, which will be broadcast on ESPN2, all home and away matches will be aired locally in conjunction with Hartford Athletic's broadcast partner WTNH and streamed on WTNH.com.

Hartford Athletic is working closely with city and state officials on final protocols that would allow fans to safely attend matches this season. Season Ticket Members, Flex Plan Holders, and Single Game buyers will have first priority for this potential limited opportunity. More details will follow in the coming days.

If you have any questions, please contact us at 860-216-0816 or email tickets@hartfordathletic.com.

*All home matches to be played at Dillon Stadium, times TBD

Fill out my online form.