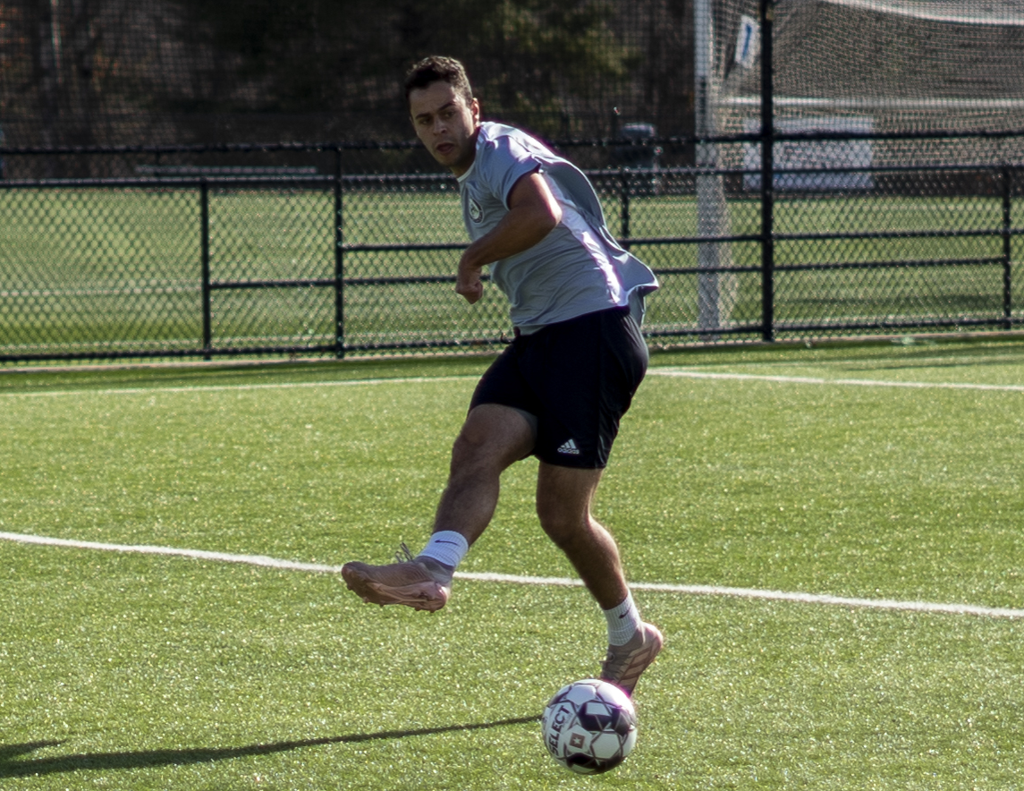 Welcome back to 20 Questions: the series where we help you better get to know the players on this year's squad. For previous interviews in this series, we went behind the scenes with Aiden Mesias, Mac Steeves, Kevin Politz, Gabriel Torres, Cheno, Harry Swartz and Alex Dixon. In this edition, we caught up with new signing Noah Paravicini. Alright let's go:

NP: I grew up in California about 45 minutes north of San Francisco in a house with my mom, dad, younger sister, and my grandma. My dad was born in Argentina but grew up in Venezuela in a French-speaking household (did you follow that?). My dad came here for college speaking no English when he was 17 years old. He graduated from Rice with a major in math and philosophy. My mom grew up on the East Coast and ended up going to University of Texas at Austin -- my parents met when they were both in Texas for school.

2. What was your introduction to soccer?

NP: When I was 3 years old my neighbor (who was 6-7 years old at the time) who lived across the street would always play soccer in his front yard. He invited me over to play one day, and I was there every day until I broke a window in his house when I was 4. I still remember that moment vividly to this day. I was so proud of that kick -- it was my biggest kick ever. I was trying to get the ball off the ground for so long. Finally I did it and was so excited until the window shattered and my neighbor’s mom came outside and started screaming at me. So needless to say that ended my playing days at my neighbor’s house haha, and my parents figured it would be better to sign me up for a rec league before pissing off any more neighbors. From there, I played in rec leagues until I was 7 or 8 and was one of the best players so I started playing travel, then on to club soccer, high school, college etc. until ending up here in Hartford.

3. Did you always want to be a pro soccer player?

NP: The moment when I realized this was when I was on that first travel team. I was a center back with long hair so my coaches called me Maldini. I started watching him to find out who this guy was and just became obsessed. From that point on, there was nothing I wanted more than to be Maldini and to play for AC Milan.

4. So is it safe to say AC Milan is your favorite club?

NP: AC Milan is the only team I support – besides Hartford of course.

5. Is there anyone on this year’s squad you’re closest with?

NP: It’s a great group of guys and we’re really young for the most part so many of us are in a similar life stage -- we want to do well, work hard, and impress. Overall though regardless of experience or age it’s an incredibly hungry group of guys that want to compete. I live with Dre [Deas] and [Alex] Lara who I knew from being on the same League Two Team [Ventura County Fusion] last season.

NP: The League Two team that we played for – Ventura County Fusion – hosts a combine every year that [Technical Advisor] Paul Buckle likes to attend. So we all got picked up at that event. Ventura County is actually a pretty strong club every year -- both Danny Barrera and Sam Strong also played there in the past as well.

7. What were your expectations coming to Hartford? What do you think of the fans so far?

NP: I didn’t come in with too much knowledge of the USL [Championship] Eastern Conference to be honest, but it’s been incredible so far. The fans are great, and the community has clearly really embraced the Club. Every time I interact with a fan it’s so amazing to see how happy they are to have a team to call their own. Overall, it’s been a great learning experience for me to be a pro in a new place, and we can’t wait to get back out there.

8. Do you have any favorite home-cooked meals or food overall?

NP: I love cake. But if it has to be "real" food then I love Mexican cuisine.

9. What’s your favorite moment as a soccer player?

NP: I’ve been fortunate to have a lot of success in my career thus far, but the moments I remember the most are actually the little things. It’s playing small sided with my college team, juggling games with my youth teams, messing around with my teammates and the camaraderie of just not thinking about anything outside of soccer. So I guess it’s really not having a care in the world but soccer.

10. Do you have a favorite moment as a sports fan?

NP: The one I remember the most is right when I was starting to watch a lot of soccer. I would ask my parents to let me stay home from school during the Champions League so that I could watch. In 2006-2007 Milan won and Kaka tore apart Manchester United in the semifinal. I’ll never forget watching him score this iconic goal where he made two opposition players crash into each other. It was just the most incredible and hilarious thing I’d ever seen as a kid.

11. Do you watch any sports outside of soccer?

NP: I’m a big basketball fan. Growing up in the Bay Area I’m a big Warriors fan and go to games whenever I’m home. I also like tennis and boxing but don’t follow them as closely.

NP: Quarantine has allowed for some more video game time so I’ve been playing quite a bit – I play Apex Legends the most and usually with Dre and Lara too. I also play Call of Duty, Fortnite, and some Assassin’s Creed.

13. Who’s had the biggest influence on you in soccer?

NP: My former youth club director of coaching who was also my high school coach Josh Kalkstein. He was a great player in his own right (German second division and Dutch first division). It’s why I went to the high school I went to. He has such a great tactical understanding and develops smart, technical players. I attribute most of the progress I’ve made to him. I’ve also learned a ton from Coach Jaïdi thus far this season. He has such attention to detail especially on the defensive side, and it’s so interesting. I’ve never played this style before so I’m learning so much about the defensive side of the game in particular.

14. What are your aspirations as a soccer player?

NP: To go as high as I can. In the short term, I want to do great things for Hartford. Longer term, I want to perform well enough to jump to MLS and eventually Europe since I have a Swiss passport.

15. If you weren’t a soccer player what would you be doing?

NP: I’d like to think I’d be on TV somewhere. I would say my goal for my post-soccer playing career would be to be on a reality show or have my own talk show. My friends say I’m too ridiculous to not be on TV.

NP: I have so much respect for both. At the end of the day, Messi’s ability and what he can do within the game… he’s just miles ahead of anybody else. Ronaldo is a lethal goalscorer and winner but Messi has superior skill as an individual player.

18. What's your favorite TV show and what are you watching currently?

NP: Arrested Development is my favorite of all time. It’s just so well written. Currently, I’m watching Too Hot To Handle on Netflix. I think it’s hilarious but my guilty pleasure is dumb reality TV.

NP: I like to think that all the facts about me are fun (haha). I read a lot of encyclopedias as a kid so I know a lot of random facts – none of which are useful. Like I can give you a full technical breakdown of the social structures of orcas.