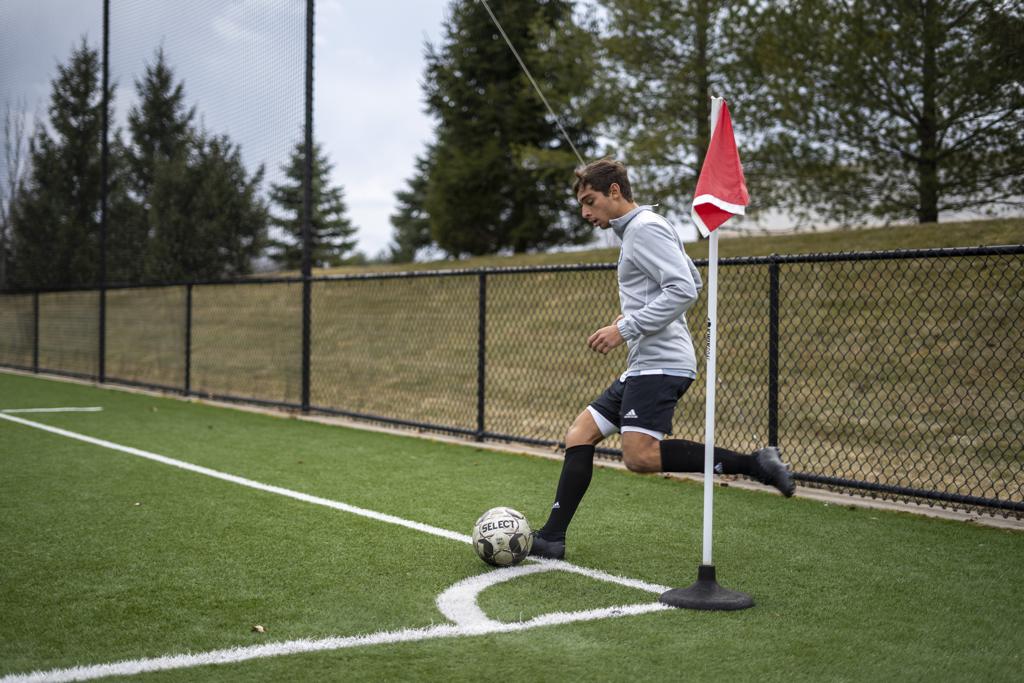 Welcome back to our 20 Questions series! Our goal is to help you better get to know the players you see on the pitch week in and week out. For previous interviews in this series, we went behind the scenes with Cheno, Harry Swartz and Alex Dixon. In this edition, we caught up with Gabriel Torres who is new to the Club in 2020. Enjoy!

1. Let’s start by having you tell us a little bit about yourself. Where are you from?

GT: Born and raised in Brazil, I came to the U.S. for college where I played at the University of the District of Columbia. In Brazil, I come from a state called Bahia that’s really beautiful. It’s by the beach and let’s just say the weather is very different from here.

2. What was it like to grow up as a footballer in Brazil?

GT: It was amazing. Everywhere you go people are playing soccer, watching soccer, or thinking about soccer.  That’s all you want to do, and it brings a lot of happiness to people in Brazil.

3. Speaking of Brazil, can you tell us a little bit about your family?

GT: I am very close with my family. I have a younger brother, and he and my parents are all in Brazil. My family comes to visit me whenever they can, and in the meantime we Facetime almost every night to stay as close as we can. I also am married and have my wife Maria here with me in Hartford. She moved here with me, and she’s so supportive. I’m very lucky and thankful to be with her.

4. Do you have any favorite home-cooked meals?

GT: If I had to choose my last meal it would be rice, beans, and steak – pretty much the most Brazilian thing you can get. We have a special dish in my hometown that’s delicious, but my family isn’t big on cooking so we’ll  go out to get it. It’s called acarajé, and it’s kind of like a fritter. It’s a popular street food and beach snack.

5. What do you think of this year's squad?

GT: I’m loving it here -- it’s just such a bummer we can’t play right now. The players from last year’s team really welcomed us right away and gave us so much support. It’s a great group overall, and we have really good chemistry. This is my first year playing professional soccer, so I’m really excited for the season.

6. What have you learned from Coach Jaïdi thus far?

GT: It’s been an amazing experience to learn from him and work with him. Coach Jaïdi is so passionate and knowledgeable. He had a successful career in his own right and gives us so much to think about every day. I love the formation we've been training in because it’s my first time in this shape, and while it's challenging it’s also very rewarding. Overall, the whole coaching staff is amazing. It's also been great to have some Brazilian influence on the coaching staff and team. No matter where I go in the world there are Brazilian people everywhere, but there’s such a large Brazilian population here in Hartford which surprised me. I look forward to getting the Brazilian community out to Dillon Stadium all season long.

7. If you could have one superpower what would it be?

GT: Invisibility. Actually no it would be the ability to fly. I could go anywhere, see places from different perspectives, and visit my family and friends anytime I wanted to.

8. Do you have a favorite superhero?

GT: Overall, I love the Avengers. My wife and I have watched the whole Marvel series during the quarantine. If I had to choose my favorite is probably Captain America because he’s the leader.

9. Speaking of superheroes... Messi or Ronaldo?

GT: Messi. I love both – they’re two of the best players ever. Messi is just magic. I feel blessed to have the opportunity to see both of them play in my lifetime.

10. Who was your favorite player as a kid?

GT: I loved to watch Ronaldinho. The things he could do were just incredible.

11. So then is he the greatest Brazilian to play the game?

GT: There are too many to choose from. Ronaldo and Romario were amazing. Ronaldinho was my favorite. But it has to be Pele.

12. What's one piece of advice you'd give to younger players?

GT: Be humble and be patient. This is advice I'd give for life in general. Be humble so you can learn as much as possible from others. And be patient because when things aren’t going your way you need to keep grinding so you can be ready for when your moment comes.

13. Do you think one of those moments is coming for you this season?

GT: To be here is a big achievement for me that I'm very proud of. The first objective is to be a great teammate. From there my goal is to start, contribute, and reach all personal and team goals with humility. Most importantly we want to reach the playoffs for the first time. That’s the goal. Bring the bonanza to the fans and make history for Hartford with my teammates.

14. What's your favorite thing to do on the training ground?

GT: I like small-sided with finishing, two-touch, quick games -- anything that keeps you sharp and gives you a chance to score some goals too. I grew up playing futsal in Brazil which helped me think fast and react quickly, and I think that was a big part of my development.

GT: Vitoria which is the academy I played for and that’s the team in my state (the best team). My wife has a different idea about that – she supports Bahia but we don’t talk about that haha. It’s like Manchester City and Manchester United.

16. Who are you closest with on the squad?

GT: Honestly everyone is tight -- I’m close with the guys in my building but we all get along really well.

GT: Not anymore – I used to play a lot but my PS4 broke and I stopped playing. Probably when the new one comes out I’ll start playing again so now I just focus on Netflix.

19. If an actor were to play you in a movie who would it be?

GT: I mean it's gotta be my favorite Avenger: Captain America aka Chris Evans.

20. What's one message you have for the fans?

GT: Be patient and hang in there. We'll get through this, and for all this time you've been waiting we’ll make it worth every second. It’s gonna be a great season.