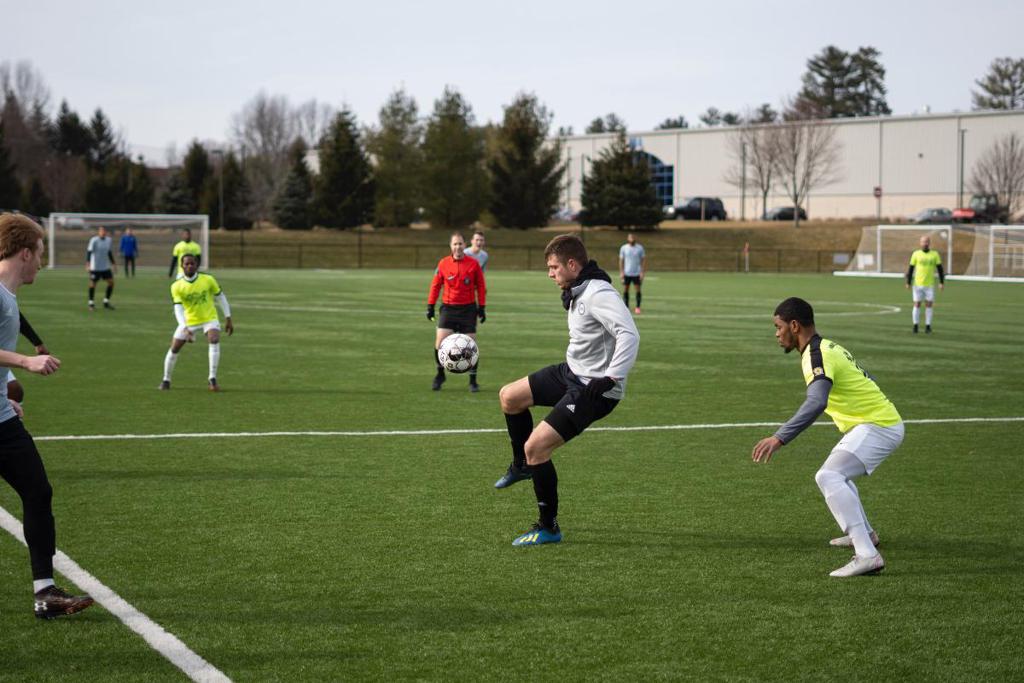 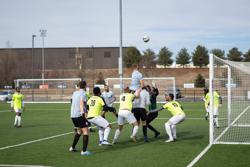 Sam Strong goes up for a header against Newtown Pride FC

Preseason matches are underway as the Boys in Green completed their third week of preseason training yesterday. All in all, it was a very positive week for Athletic, winning both of this week's matches, scoring three goals in each match.

Newtown Pride FC came to FSA on Wednesday for the first friendly of the week. Things were a little less than friendly early on, a couple of hard fouls were committed by each side. Hartford opened the scoring roughly 30 minutes into the first half. Dre Deas whipped in a cross from just outside the box on the left and connected with Mac Steeves who headed it into the net to give Hartford the early lead. Hartford had a number of other great chances in the first half but couldn't finish and took a 1-0 lead into the half.

In the second half, Athletic continued the pace and pressure. After a forced turnover in the midfield, trialist Conor McGlynn ripped a shot from just inside the 18 for the second goal of the afternoon. Moments later, Tyler Turner collected a loose ball inside the 6' and tapped it home on an open net for the third goal and a 3-0 win.

Friday afternoon, Athletic traveled south to New Jersey for a scrimmage with USL Championship foe New York Red Bulls II. Conditions were cold and windy and affected play early on. Red Bulls II took a 1-0 lead into the half. In the second half, the Athletic offense took off. Trialist Alfonso Vazquez scored the first goal for Hartford to tie the game at one. Just a few minutes later, Mads Jørgensen picked up where he left off in 2019 ripping one from outside the box and into the net to give Athletic a 2-1 lead. Red Bulls would add another goal to tie the game, but with less than 10 minutes remaining, Mac Steeves scored his second goal of the week to give the Boys in Green a 3-2 win!

Next week, Hartford plays a home-and-home with newly formed New England Revolution II. Hartford will host on Wednesday February 19th at Farmington Sports Arena at 1 PM. The match is open to the public. They will hit the road to take on Revolution II on Saturday in a closed scrimmage.