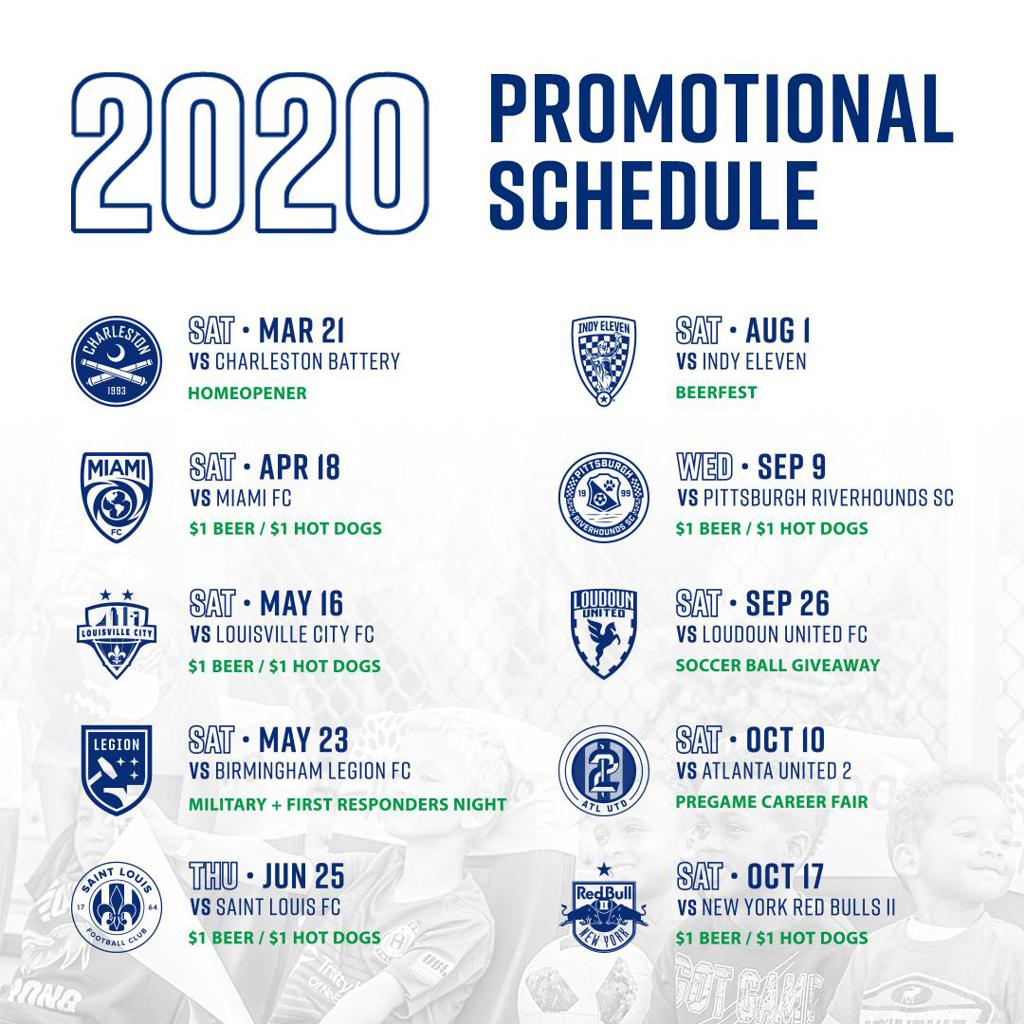 The 2020 promotional schedule is real and it's spectacular.

Over the course of seventeen home matches, Hartford Athletic will host a number of promotions, highlighted by 5 (FIVE!) dollar beer and dollar hot dog nights. Last season, Hartford Athletic won both matches the club hosted on $2 beer night, a 2-1 win over Saint Louis FC in June and a 3-2 comeback win over Atlanta United 2 in August.

Single-match tickets and 6-match Flex Plans are also on sale as of today.