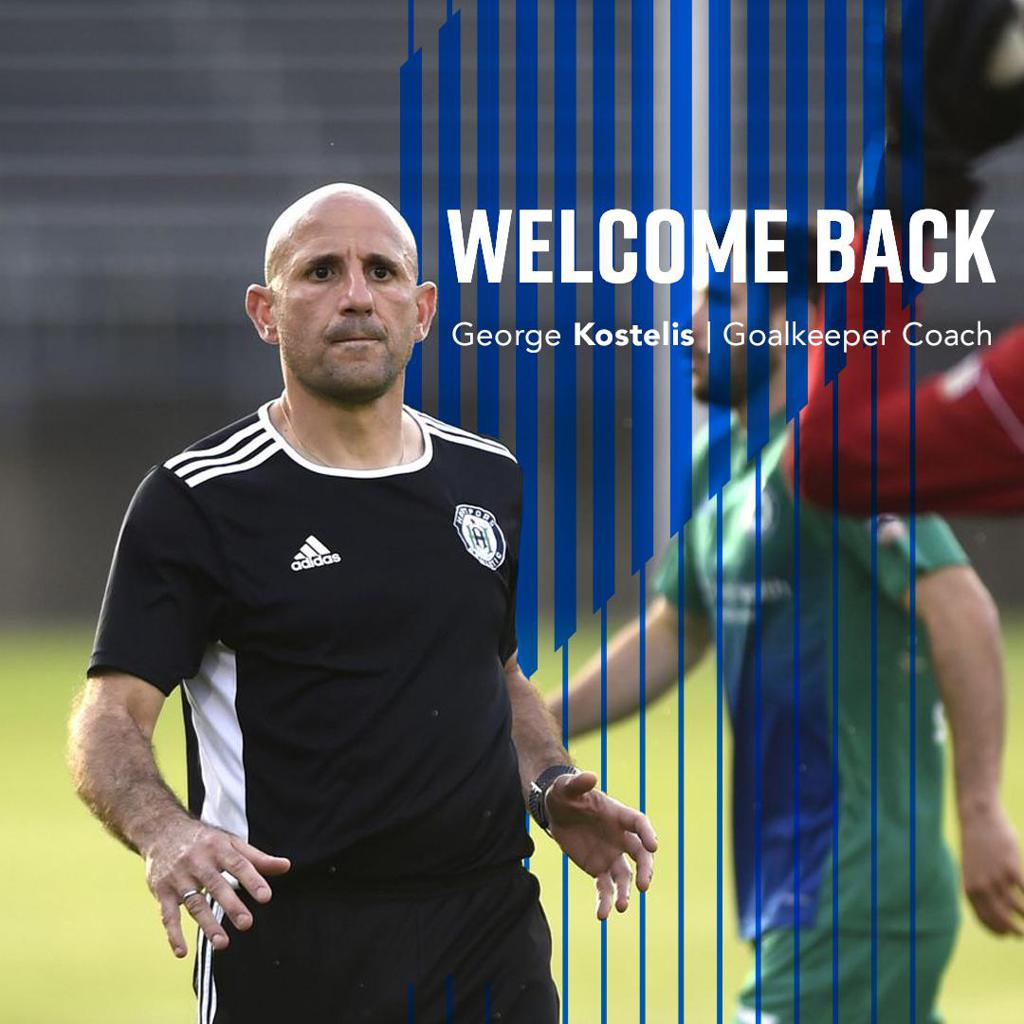 HARTFORD, Conn. (January 29, 2020) – Hartford Athletic announced today that George Kostelis will return as Goalkeeper Coach for the 2020 season. Kostelis, who grew up in West Hartford, held the same position in 2019.

“It was an honor to be part of Hartford Athletic’s inaugural season and I am proud to be back with the Club for the 2020 season,” Kostelis said. “We have assembled a great group of players and staff and we are excited to compete every day to make our fans proud.”

Kostelis’s local soccer ties are second to none. During his coaching career, he has been the Head Coach at Western Connecticut State as well as the University of Rhode Island Women’s Team. He has also made stops as an assistant at Southern Connecticut State, Yale, UConn Women’s Soccer, and the University of Hartford, his alma mater. He is a member of the Hawks Hall of Fame, inducted in 2007.

Mike Novotny, Carson D’Ambrosio, and Scott Levene make up the goalkeepers in preseason training. Novotny and D'Ambrosio are familiar faces to Kostelis – Novotny is one of eight players from last season’s roster returning for 2020 and D’Ambrosio spent 2019 as the practice keeper for Athletic. Levene will also look familiar to Hartford Athletic fans. The Stamford, CT native and UConn graduate held Hartford to one goal in 2 matches last season as the keeper for Memphis 901 FC.

To read more about George and his journey in soccer click here.