RETURN OF THE MAC: Steeves Returning for 2020 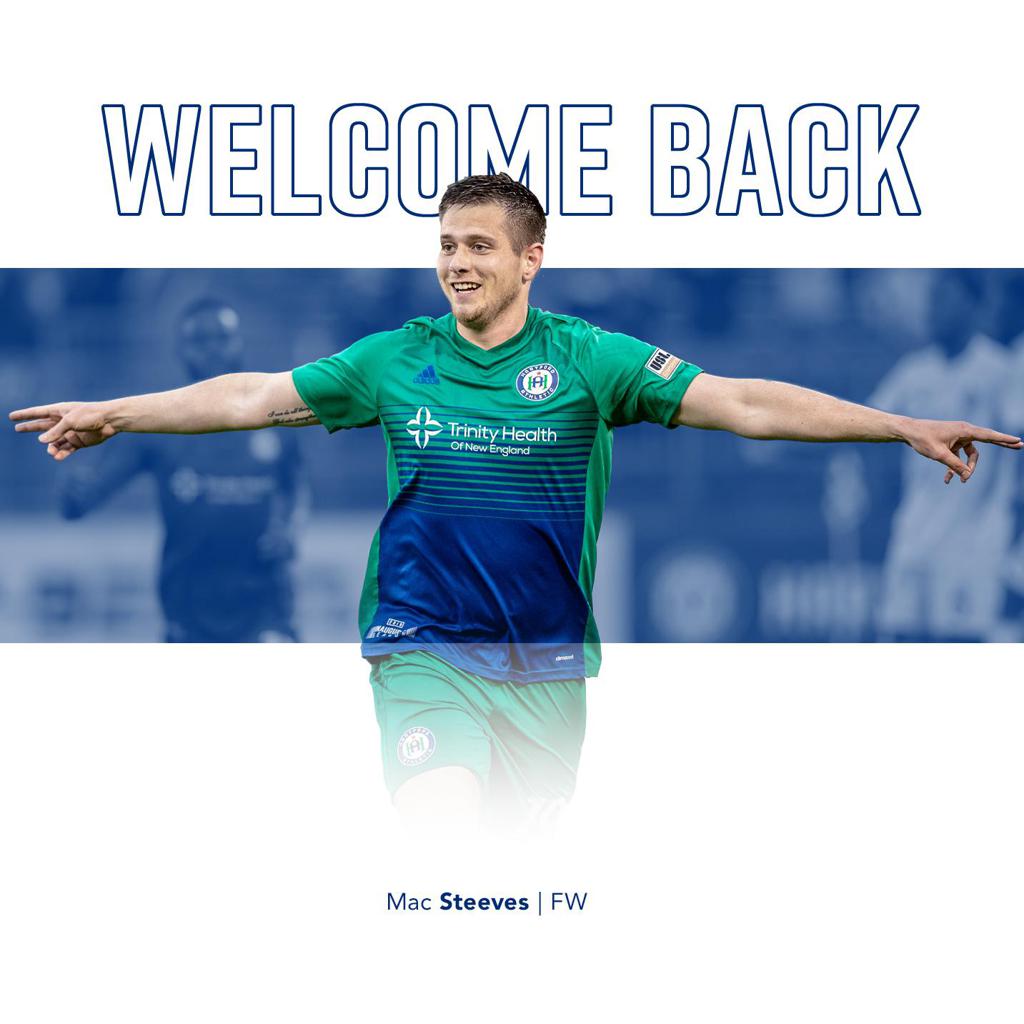 HARTFORD, Conn. (January 15, 2020) – Hartford Athletic announced today that Mac Steeves (Needham, MA) has been signed for the 2020 season, pending league and federation approval. Steeves is the seventh player from the 2019 roster who will return in 2020. He joins Dre Deas, Alex Dixon, and Ever Guzmán as forwards on the current squad.

Steeves will be remembered most for scoring the first goal at home in Club history. In the 10th minute of the inaugural home match on May 4th, Steeves snuck behind the defense and chipped the ball over the on-rushing keeper and into the net. Steeves’ goal proved to be an important one as the game ended in a 1-1 draw. Steeves also scored the last home goal for the Boys in Green in 2019, finishing from in close against Portmore United FC in the season’s final friendly match.

Prior to last season, Steeves played for the Houston Dyanmo and their USL affiliate Rio Grande Valley FC. He played collegiately at Providence College where he scored 35 goals - second all-time in Friars history. Steeves was named to the All-Big East First team twice during his career at Providence and in 2014 was named the NCAA College Cup Most Outstanding Offensive Player.