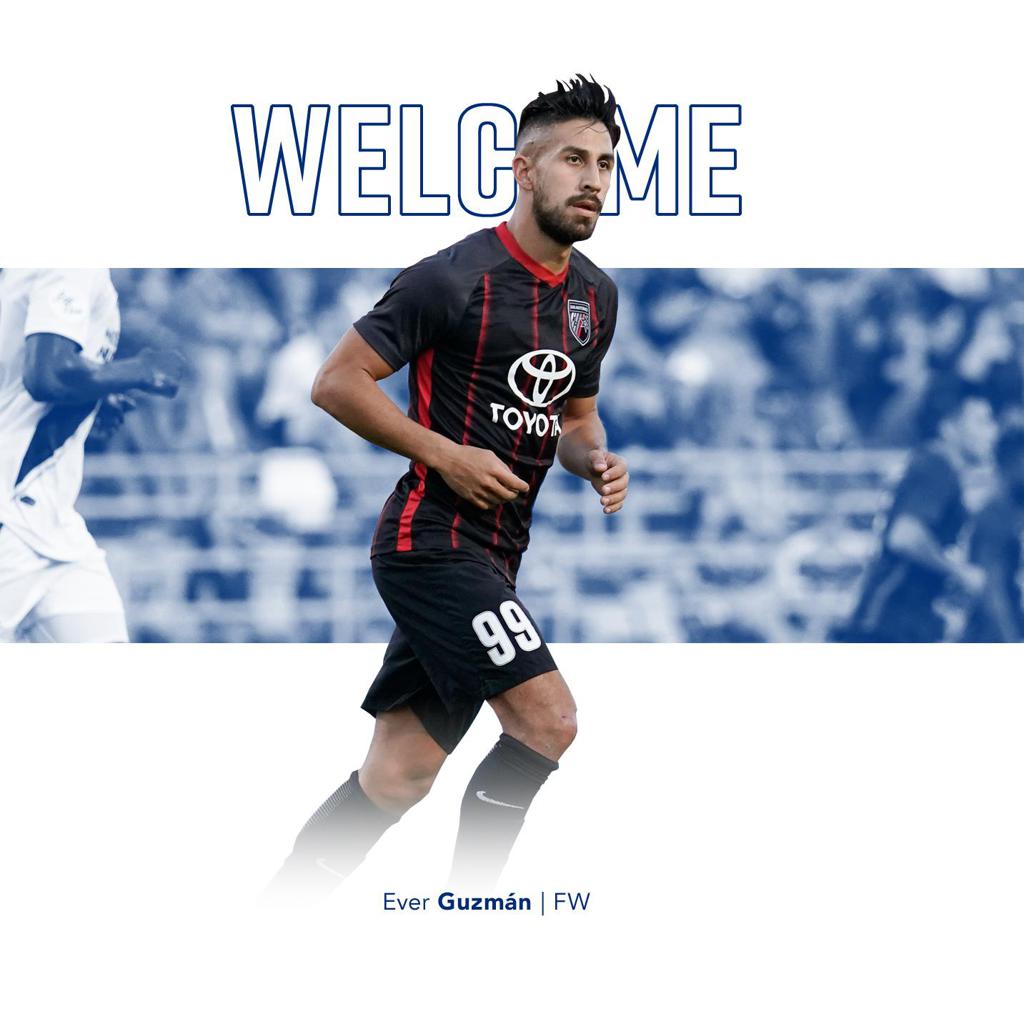 HARTFORD, Conn. (January 9, 2019) – Hartford Athletic announced today that Ever Guzmán (Moroleón, Mexico) has been signed for the 2020 season, pending league and federation approval. Guzmán joins Alex Dixon and Dre Deas as forwards on the roster. He is the sixteenth player signed for next season.

Guzmán joins Hartford from San Antonio FC of the USL Championship’s Western Conference. Guzmán, who was second on the team in goals last season, is the all-time leader in goals in SAFC history (23). In 2019, he scored 8 goals in 25 appearances. He also earned USL Championship Player of the Week honors after scoring a hat trick in a 4-3 victory over Portland Timbers 2 in October, the first hat trick in SAFC history. Guzmán also holds SAFC the single season record for goals scored, 11, which he set in 2018.

Prior to joining SAFC, the striker spent time playing for Correcaminos UAT in Ascenso MX, where he scored 9 goals in 53 appearances from 2015-17. He made his professional debut for Monarcas Morelia in 2004 and went on to make 50 appearances for them in the span of 13 years. Guzmán also spent time with six different clubs within Liga MX and Ascenso MX, including Veracruz and two different spells with Venados FC.

The 31-year-old arrived in the professional limelight after he helped lead the U-17 Mexican National Team to a World Cup title in Peru in 2005. Playing alongside the likes of Carlos Vela and Giovanni Dos Santos, Guzmán finished with the second-most goals in the tournament (four) and scored the third and final goal in the 3-0 win over Brazil in the final.