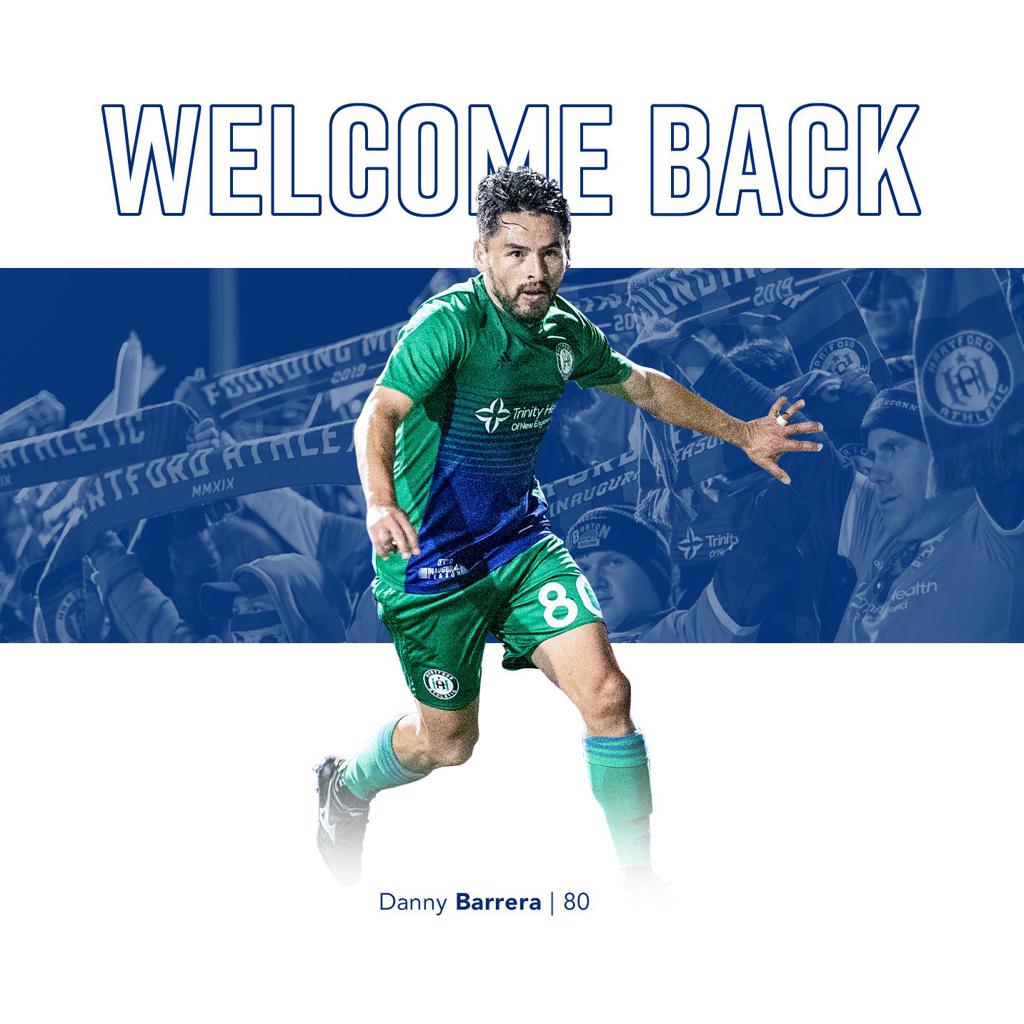 "I'm very excited to be a part of this Club in 2020,” said Barrera, one of four players tied for the team lead in assists in 2019. “When I joined Hartford, I felt right at home. We have incredible fans who provide one of the best homefield advantages across the league. We finished last season strong and we have a good foundation to build on. I can’t wait to get started.”

On Monday, the Club announced that 2020 Season Ticket Memberships are now on sale. For more information visit hartfordathletic.com/seasontickets or call 860-216-0816 and select option 2.

Danny Barrera joined Hartford Athletic in June, three months after the season started. Barrera, who is the all-time assists leader for USL Championship side Sacramento Republic FC, showed a passing ability that was missing from the Athletic offensive attack in the first third of the season. He finished the season first on the club in Key Passes and Chances Created (44 each), tied for first in assists (4), second in long pass accuracy (69.5%) and tied for fifth in passing accuracy (84%). He also pitched in three goals, all coming at Dillon Stadium in the final three months of the season. Barrera will once again be expected to be the distributor in the Athletic offensive attack in 2020.