Danny Bedoya Named to USL Championship Team of the Week 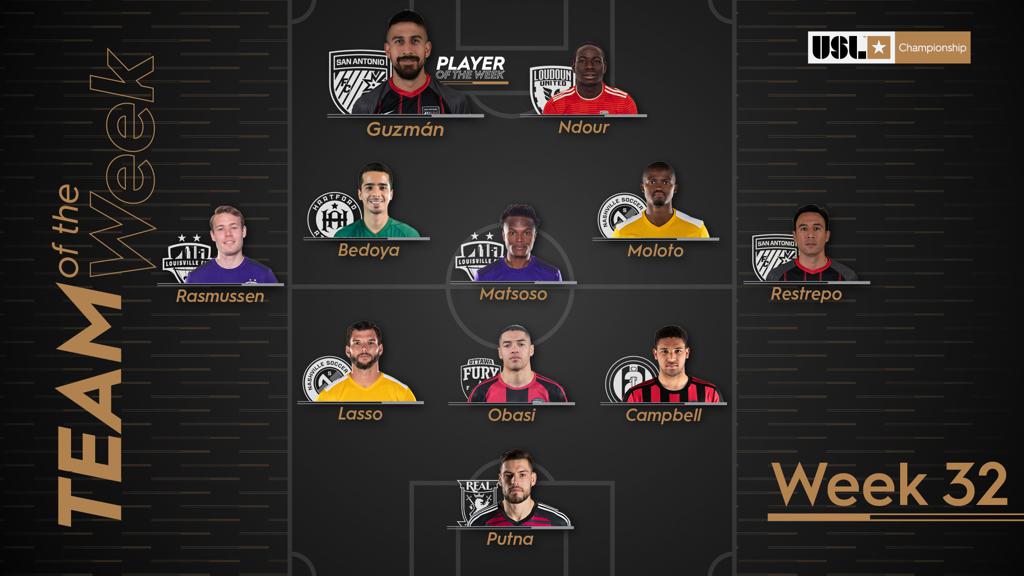 Danny Bedoya has been named to the USL Championship Team of the Week for his performance last Wednesday night against Birmingham Legion FC. Bedoya assisted on Jose Angulo's goal to open the scoring and also scored a goal of his own - a rocket from 30 yards out that dipped and found the top-left corner of the net - in a 4-0 victory. Bedoya created 3 chances in 82 minutes of play and also completed 91.2% of his passes. Goalkeeper Cody Cropper earned a spot on the "Bench" Team of the Week. Cropper posted 2 saves and recorded his first sheet as a member of Hartford.

USL Championship Team of the Week

D – Onua Obasi, Ottawa Fury FC: Obasi recorded 20 recoveries, eight interceptions and won 22 of 33 duels to help Ottawa clinch a place in the playoffs with four points from two outings over the week.

M – Magnus Rasmussen, Louisville City FC: Rasmussen scored a pair of goals on four shots and had two chances created as LouCity recorded an 8-3 victory against the Swope Park Rangers on Saturday night.

M – Danny Bedoya, Hartford Athletic: Bedoya had one goal and one assist, four chances created and completed 31 of 34 passes as the Athletic took a 4-0 victory on Wednesday night against Birmingham Legion FC.

M – Lebo Moloto, Nashville SC: Moloto had one goal and one assist, completed 31 of 37 passes and recorded three chances created while winning 5 of 6 duels in Nashville’s 2-0 victory against North Carolina FC.

F – Ever Guzman, San Antonio FC: Guzman recorded the first hat trick in San Antonio FC’s history to lead it to a 4-3 victory against the Portland Timbers 2 on Friday night that could prove key to its playoff hopes.