RECAP: Hartford Falls to Saint Louis FC on the Road 3-2 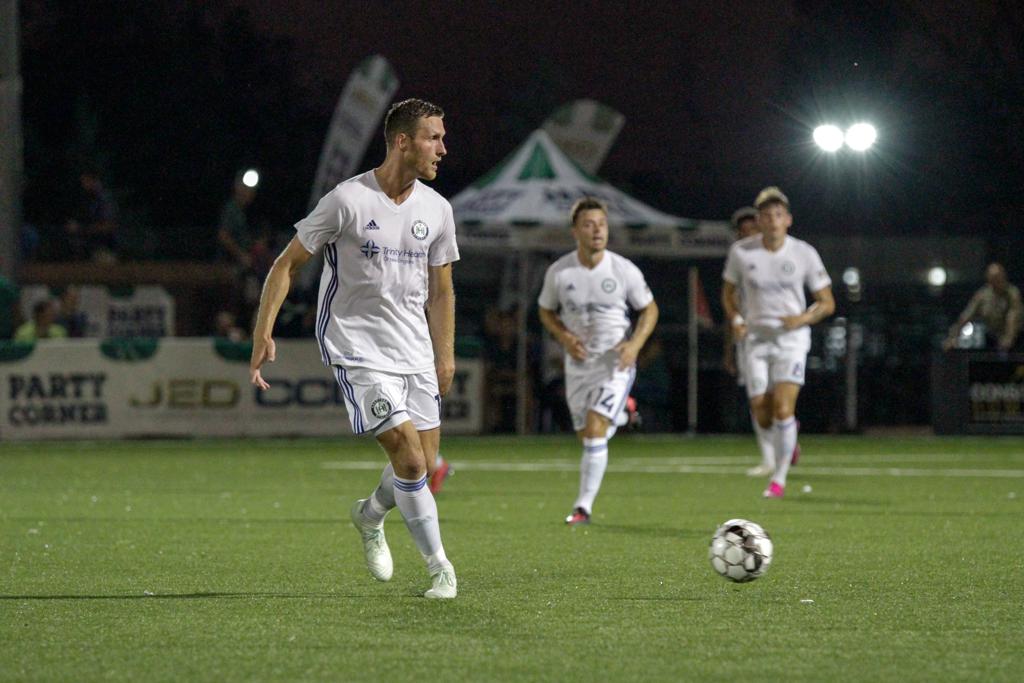 Hartford Athletic took a tough 3-2 loss to Saint Louis FC on Sunday night. Despite fighting back in the second half, the Boys in Green took the Labor Day weekend defeat.

Energy to start the match came from Cody Cropper with multiple incredible saves to keep Saint Louis off the board in the beginning run. In the 16th minute Kadeem Dacres took a long range shot from outside the box and gave Saint Louis their first goal. Hartford countered in the 28th minute with a great ball to Alex Dixon who challenged Saint Louis defenders ultimately causing an own goal by Sean Reynolds.

In the 38th minute an unfortunate turnover allowed  Kyle Greig to score a goal for Saint Louis FC. Late in the half Wojciech Wojcik drew a foul just outside the box giving Ryan Williams a solid opportunity to score but the shot skated just over the bar. The score would remain 2-1 going into halftime.

Coming out of the locker room with some fight, Wojcik got on the end of a great cross from Danny Barrera but his touch went just wide. In the 65th minute Greig slotted home his second of the night to stretch the lead for Saint Louis to two goals. Hartford responded quickly in the 68th minute when Sebastian Dalgaard had a clinical finish to put the match back in reach. Despite best efforts Hartford couldn't get another one on the board and ended the match in a 3-2 loss.

Hartford Athletic will be back in action on Saturday at 4 PM at Dillon Stadium when Loudoun United II come to town. The Boys in Green will be sporting a special charity kit to support women's empowerment and gender equality. All player kits will be auctioned off to support Girls For Technology. Click here to purchase tickets to the match.