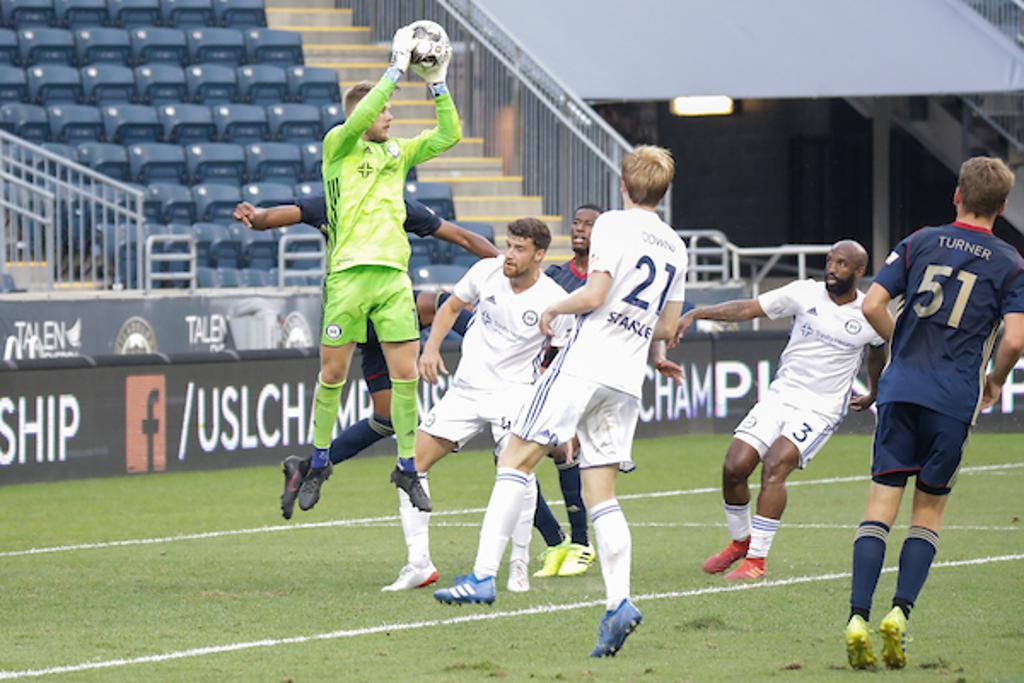 The opening minutes were cagey and closely-contested, with both sides managing a few half-chances. However, the match opened up on the 20-minute mark, when Steel FC won a controversial penalty. After playing advantage for the home side, the referee pointed to the spot as Nicky Downs clattered into the back of Wálter Cortés. Despite the drama, Hartford goalkeeper Frederik Due rendered the debate meaningless just a minute later, denying Bethlehem midfielder James Chambers from 12 yards.

Hartford rode this momentum and seized control of proceedings in the 28th minute. Athletic mounted a successful press and Alex Dixon sprinted into the penalty area; his cutback pass found Danny Bedoya in the center of the box, and the Colombian slotted his shot past goalkeeper Todd Morton.

After surviving another penalty scare (the initial call was overturned), the boys in green doubled their advantage in the 50th minute. Fullback Raymond Lee played a phenomenal diagonal ball to Alex Dixon, who skipped past his man and rolled the ball underneath Morton.

From there, Hartford began to dominate proceedings, creating the lion’s share of chances. After Bethlehem went down to 10 men in the 76th (Benjamin Ofeimu picked up his second yellow of the night), Hartford took just 8 minutes to grab a final insurance goal. Substitute Wojciech Wojcik slid past defender Matt Real and placed his shot in the bottom left corner, putting the finishing touches on a resounding road victory for the boys in green.

Goalkeeper Frederik Due earned Cigna Man of the Match honors, making three massive saves to preserve Hartford’s clean sheet. He will hope to replicate this performance on Wednesday evening, when the boys in green chase another road upset at Nashville SC.