RECAP: The Boys in Green Bring Home a Huge Win for the First Dillon Stadium Match! 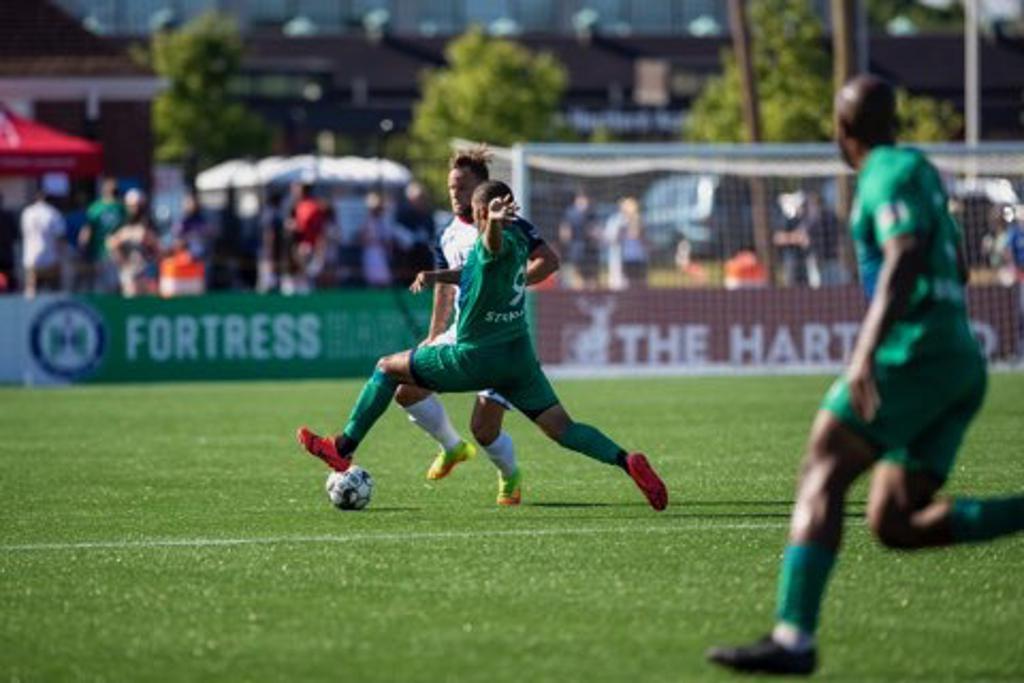 History was certainly made on Saturday night when Hartford Athletic beat second ranked Indy Eleven in a 2-1 victory in the newly renovated Dillon Stadium.

The Boys in Green were welcomed home by a sold out crowd and were ready to show the fans what it meant to be part of Fortress Hartford.  Possession went back and forth between Hartford and Indy during the entire first half with some good chances from Jose Angulo, Alex Dixon, and Ryan Williams. The score would remain 0-0 going into the end of the first half.

Hartford came out of the locker room for the second half ready to play and found their rhythm early. In the 58th minute Danny Barrera hit Angulo on the left side who put one in the back of the net for Hartford.

After a dangerous chance from Indy that went just wide of the goal, Hartford answered in the 72nd minute. Barrera once again made a perfect play to Wojciech Wojcik who immediately put goal number two on the board for Hartford.

Hartford controlled the majority of the second half but after a penalty in the box, Indy scored off of a penalty kick from Ayoze in the 88th minute. With 5 minutes of extra time tacked on, the sold out crowd was anxiously awaiting the final whistle. In the end Hartford took home the 2-1 victory over Indy.

Hartford Athletic is back home at Dillon Stadium next Saturday, July 20th at 5pm for a match against Charleston Battery.