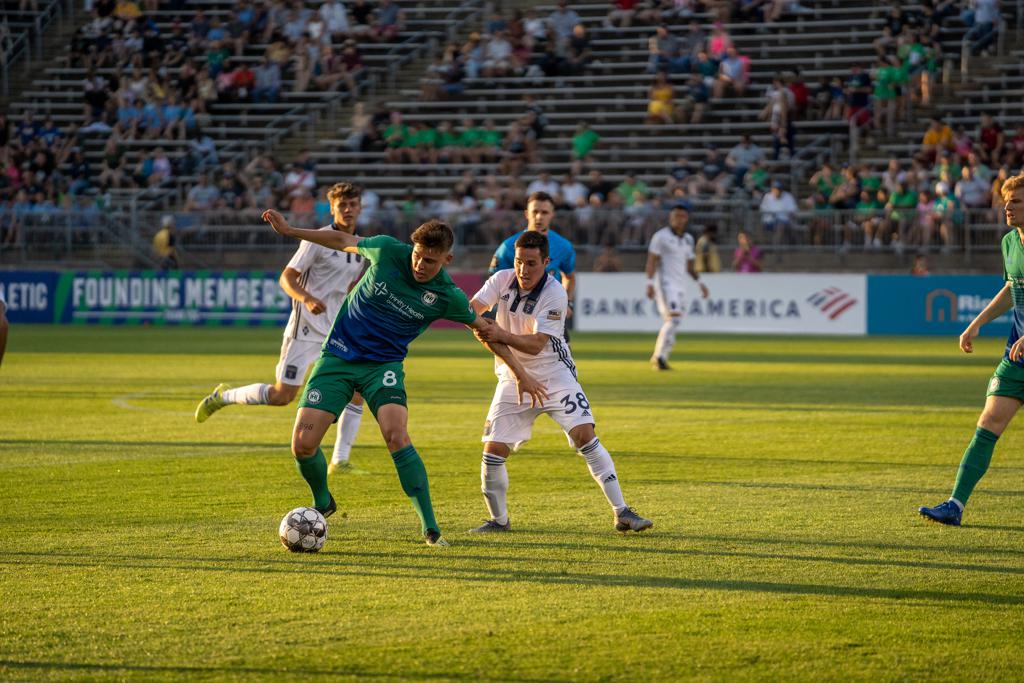 Hartford came out with intensity and showed some strong offensive play with good chances coming from Alex Dixon and Harry Swartz. Bethlehem was able to break the flow with an offensive break in the 17th minute that would give them their first goal of the half.

Hartford continued to look for some long passes into the final third but wasn't able to convert. Bethlehem was able to get a second goal on the board in the 37th minute when Issa Rayyan was able to put one past Frederik Due off of a deflection. The score would remain 0-2 going into the end of the first half.

Hartford came out of the locker room looking to score with some great shots on target. They struggled to finish in the box but made some great defensive stops during the majority of the second half. Bethlehem was able to get their final goal of the night from Walter Cortes during extra time at the end of the match. Hartford ended the match with a 0-3 loss.

Hartford is ready to make history at their next home match in the newly renovated Dillon Stadium on Saturday, July 13th at 5pm against Indy Eleven. Help welcome the Boys in Green to their new home!