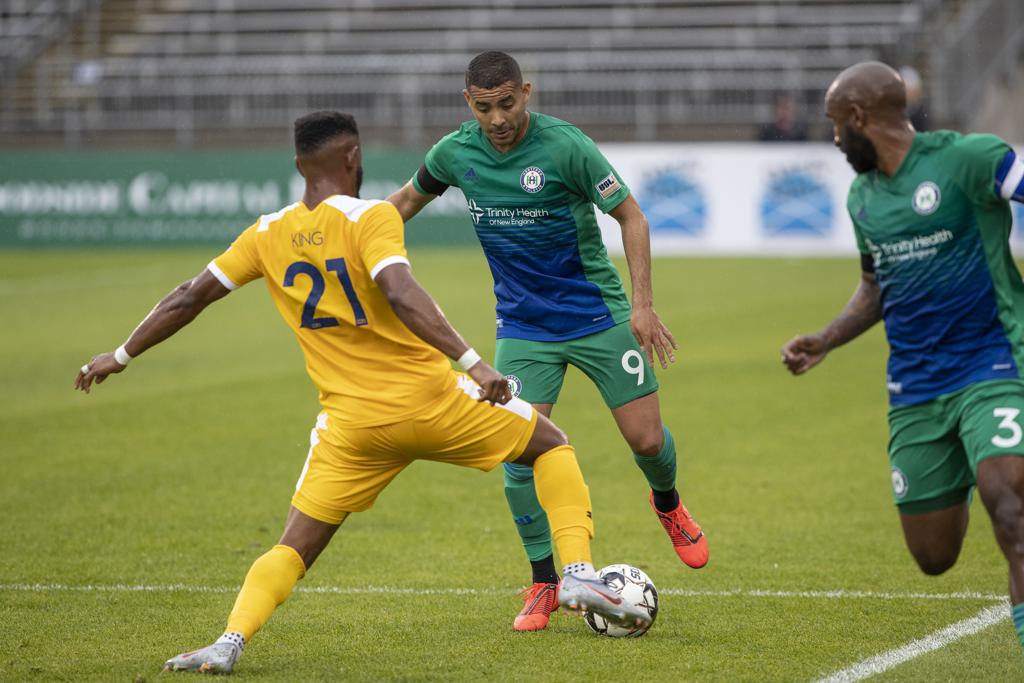 Hartford and Nashville went back and forth in the opening 30 minutes, with both sides creating (but failing to finish) a series of notable chances. Athletic created the more dangerous opportunities, with its most glaring chance coming in the 27th minute. Mads Jorgensen’s knuckling effort from a long-range free kick sailed past Nashville keeper Matt Pickens, but it ricocheted off the crossbar and the score remained level.

However, it was Nashville that eventually opened the scoring in the 31st minute. Hartford goalkeeper Frederik Due attempted to roll the ball to Logan Gdula, but Nashville winger Ropapa Mensah intercepted the pass. As he saw Due closing in, Mensah laid the ball off to Daniel Ríos, who slotted it into the bottom-right corner of the Hartford net.

Hartford responded almost instantly, getting an equalizer just one minute after conceding. Raymond Lee whipped in a beautiful diagonal cross from left side of the Nashville penalty area, and Sebastian Dalgaard’s header bounced past Pickens’ outstretched arms.

Athletic then took control of the match early in the second half. After Pickens saved a Jose Angulo penalty, Hartford broke the deadlock in the 58th minute. Defender Sem De Wit floated his header past Pickens, giving Hartford its first lead of the match.

Nashville, with its back against the wall, responded like a true top-three side. The boys from the “Music City” leveled the scoreline four minutes later; although Frederik Due managed to save Ríos’ one-on-one effort, Lebo Moloto scooped up the rebound and curled it past the Hartford keeper. Then, substitute Cameron Lancaster gave Nashville a lead it would not relinquish, scoring with a stunning, bar-down rocket from just outside the Hartford penalty area.

Hartford Athletic will travel to Birmingham Legion FC next Saturday night for a crucial Eastern Conference clash at 8 PM. The boys in green will return home to Pratt and Whitney Stadium the following Friday evening, taking on Bethlehem Steel FC at 7:30 PM.