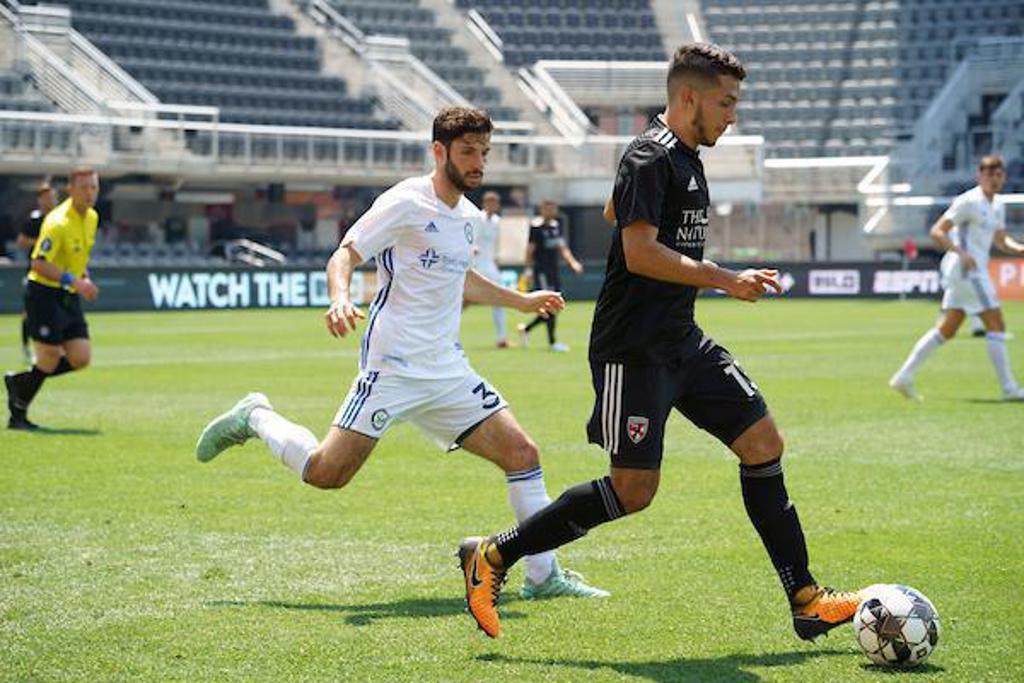 Hartford Athletic got their first USL Championship win with a 2-1 victory over Loudoun United on Sunday afternoon at Audi Field in Washington D.C.

Hartford Athletic controlled the offense in the second half with Jose Angulo in the front line. After a slow start going 0-0 into the start of the second half, Angulo chipped the ball into the back of the net after a first initial save from Loudoun keeper at the 59 minute mark.

Loudoun made it on the board just 5 minutes later with an unlucky own goal from Hartford.

Angulo answered right away with his 50th USL Championship regular-season goal in the upper 90 putting Hartford back in the lead 2-1. With great composure, Hartford continued to work the ball around for the remainder of the half and kept Loudoun from putting another one on the board.

Hartford Athletic is back home at Pratt & Whitney Stadium at Rentschler Field on Saturday, May 25 for a Memorial Day Weekend match against Ottawa Fury FC at 7 PM. All military and first responders are offered a complimentary ticket to this match -- claim your ticket here.