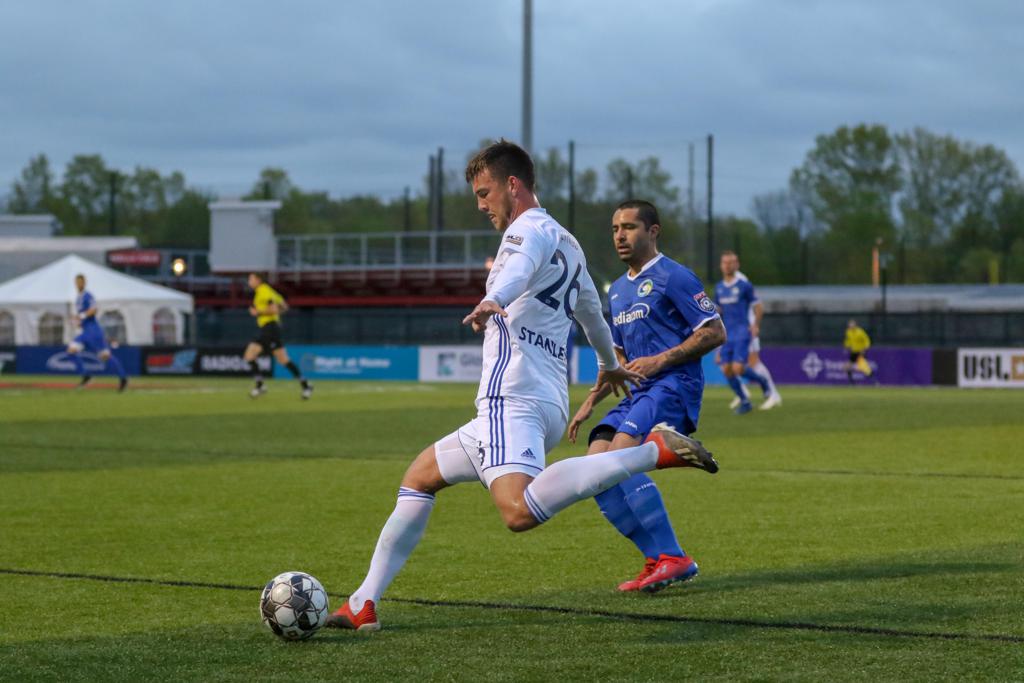 Hartford Athletic got the first win in Club history with a 2-1 victory over New York Cosmos B on Tuesday night at Al-Marzook Stadium on the campus of the University of Hartford.

Hartford Athletic played their best offensive half of the season in the first 45 minutes. Harry Swartz netted the opener with a great touch and turn off a low cross from Giuseppe Gentile. Swartz went near post past an outstretched Santiago Castano for the first goal of the night.

Just 9 minutes later, Mads Jørgensen scored on a free kick from just outside the top of the box. Some beautiful spin and a helpful bounce helped Mads find the back of the net and Hartford took a 2-0 lead into halftime.

The Cosmos controlled the run of play in the second half, capitalizing on an deep strike from last week's hero, Bljedi Bardic, to bring the Cosmos within 1. The Cosmos rattled off 12 shots in the second half, only 3 of which were on target, but Lissek and the Athletic defense did just enough to keep Cosmos off the board a second time.

Hartford Athletic now advances to the third round of the U.S. Open Cup where they will take on the winner of Memphis 901 FC and New York Red Bulls U-23.

Hartford Athletic returns to USL Championship action on Sunday afternoon when they head to our nation's capital to take on Loudoun United FC at Audi Field at 2 PM.