RECAP: Athletic Fall to Indy Despite Strong Performance from Lissek 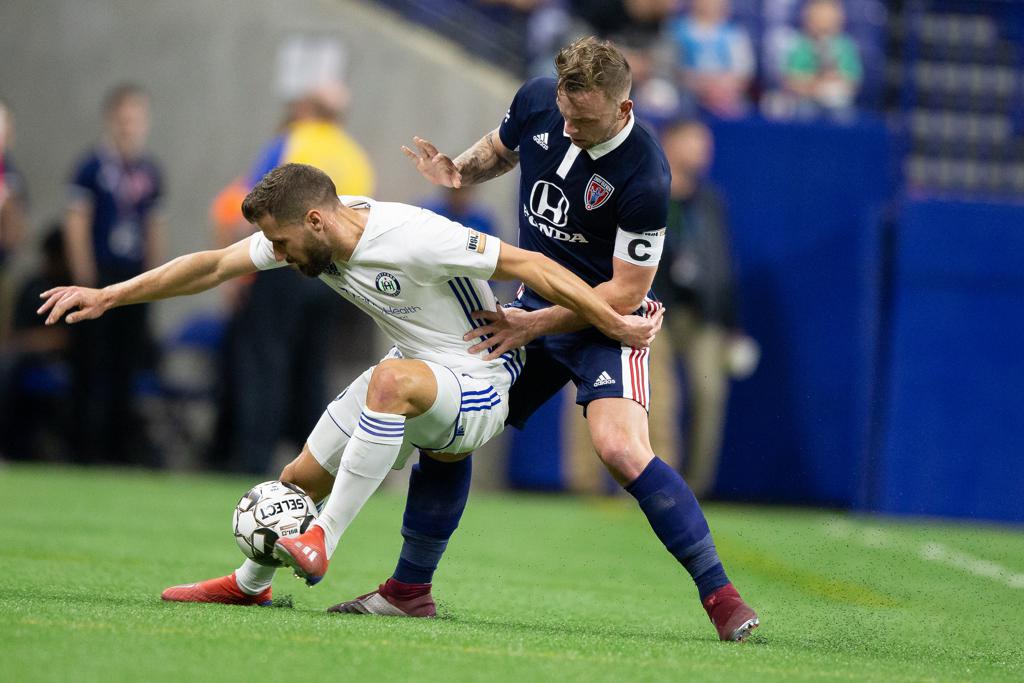 Indianapolis, IN - Hartford Athletic suffered a 1-0 loss at the hands of Indy Eleven despite a strong performance from Goalkeeper Jacob Lissek.

There was plenty of action early on as both teams created chances. As time wore on in the half, Indy controlled possession. Dane Kelly, the all-time leader in goals scored in USL history, was the focal point of the offense getting off three shots, including a bunny in front of the net that soared over the cross bar.

In the 40th minute, Ayoze Garcia Perez, flying down the left wing, played a ball in to Kelly. Nikolaj Lyngo, trying to knock the ball away, knocked it into the net with his chest for an own goal. Indy took a 1-0 lead into the break.

Just as they did a week ago against Louisville City FC, Hartford Athletic came out of the break firing, but couldn't convert any shots into goals. In the 67th minute, Indy took control. Indy had eight shots in the second half, including three more from Kelly who hit the post twice in the second half. Lissek, who finished with 5 saves, turned away every Indy shot on target. Athletic couldn't find the net in the final minutes, leading to a 1-0 final score in favor of the home side.

Hartford will return to action next Saturday against 2nd place Tampa Bay Rowdies at Al Lang Stadium, 7 PM, on ESPN+.