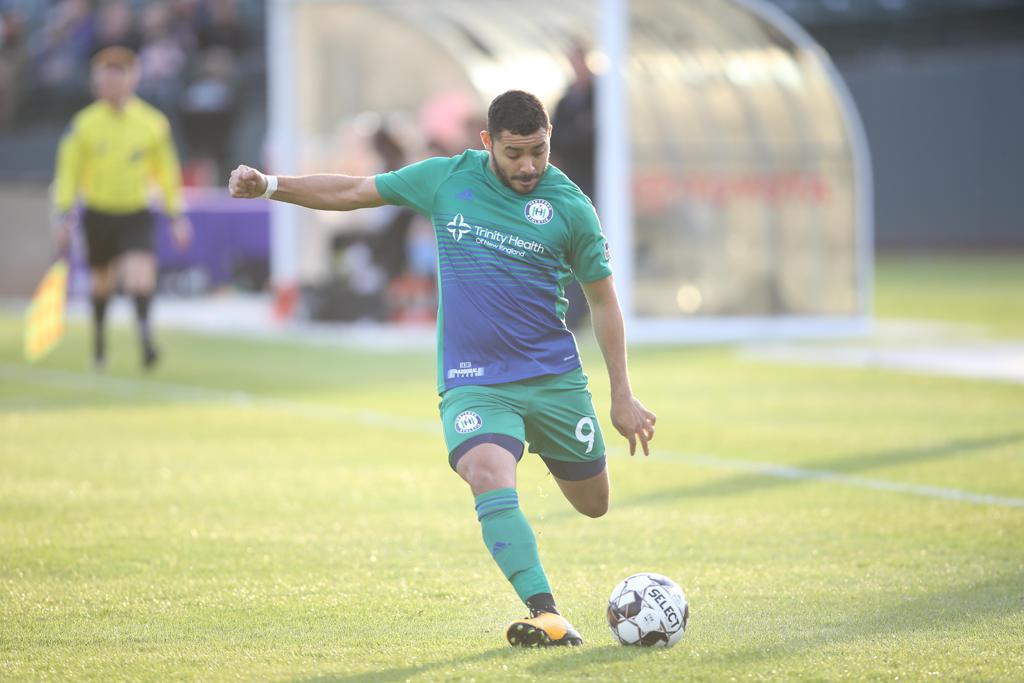 LOUISVILLE, KY – Hartford Athletic took the early lead against the two-time defending champions Lousiville City FC. Athletic striker Jose Angulo whipped in a beautiful ball in the 6' to a sliding Jonny Brown who finished his first goal of the season.

Louisville City FC striker Luke Spencer answered in the 14' finishing a well-worked build up to even up the score 1-1. Athletic continued to create great chances throughout the first half only to see an unlucky deflection by defender Sem De Wit hit the back of the Hartford net for an own goal in the 33'.

After returning from the locker room for the second half, Hartford Athletic created chance after chance throughout a dominant second half that was the best of the season for the young club. Athletic took the two-time defending champs to the wire but in the end came up just short falling 2-1.

Hartford Athletic will be back at it next Saturday as they take on Indy Eleven in Indianapolis, IN. You can watch the match by tuning in to ESPN+ at 7 PM.